Makati—(PHStocks)—Ayala Corporation’s consolidated net income in 2012 jumped 12 percent to P10.6 billion on the back of strong performance of its core real estate, banking and water businesses.

Ayala’s core net income expanded 32 percent to P11.6 billion. This excludes the impact of the accelerated depreciation from the network modernization of its telecom unit and revaluation gains realized by its international property and electronics units.

“We are encouraged by the robust performance of our core businesses and improved profitability of our international businesses. This validates the programs and strategies we have implemented across the group over the past two years. The strong and sustainable earnings trajectory and steady cash flows from our core businesses have enabled us to scale up our investments in the new businesses we are pursuing in the power and transport infrastructure spaces. We envision these two emerging sectors to serve as platforms for future growth,” Ayala Corporation President and Chief Operating Officer Mr. Fernando Zobel de Ayala said.

Last year, the Ayala group collectively spent close to P150 billion in capital expenditures, the highest in its 179-year history. Apart from the new investments of its core business, the amount was used to fund the parent company’s own investment programs, including the acquisition of the 10.4-percent stake of DBS Bank Ltd. in the Bank of the Philippine Islands, raising its ownership in the bank to 44 percent. The parent company’s acquisitions of various power assets to build its portfolio in the sector also formed part of the capital expenditures.

This year, the Ayala group earmarked about P135 billion in capital expenditures to fund investment programs primarily in its property, telecommunications and water businesses as well as new investments in the power and transport infrastructure sectors.

Bank of the Philippine Islands (BPI) registered a net income of P16.3 billion in 2012, a 27-percent growth year-on-year. The improvement was a result of a 13.4-percent hike in revenues owing to higher net interest income coupled with a 25.4-percent surge in non-interest income as a result of securities trading gains. This translated to a return on equity (ROE) of 17.5 percent.

Loan growth was at 15.9 percent. While net interest income expanded as a result of higher average asset base, net interest margin contracted slightly by 10 basis points following the BSP’s cut in policy rates last year coupled with competitive lending across banks. Despite this, BPI’s asset quality continued to improve with its net 30-day NPL ratio down to 1.46 percent from the 1.87 percent recorded in 2011.

BPI’s operating expenses grew 6 percent as a result of higher revenues. However, the bank still managed to significantly improve its cost-to-income ratio to 52.48 percent from 56.19 percent in the previous year.

The bank sees itself on track to achieve a 12 to 15 percent loan growth this year and sustain a 16 percent ROE level.

Globe Telecom’s core net income rose 2 percent in 2012 to P10.3 billion. Its service revenues stood at a record high of P82.7 billion, a 6-percent hike from the same period last year. This improvement was a result of an overall increase in subscriber base and improvements across key product segments. Mobile revenues expanded 6 percent to P67.4 billion, also a new record high, primarily driven by the postpaid business, which grew 23 percent to P23.1 billion. Prepaid revenues, on the other hand, dipped 2 percent to P44.3 billion pesos.

Broadband revenues likewise posted a new record high of P8.7 billion, a 16-percent jump from the same period the previous year as subscriber base expanded 18 percent. The strong performance of both Tattoo On-the-Go and Tattoo @Home broadband segments cushioned the decline in fixed line voice revenues.

Operating expenses and subsidy increased 19 percent to P38.9 billion, keeping earnings before interest taxes depreciation and amortization (EBITDA) flat at P35 billion. The impact of the accelerated depreciation from its ongoing network modernization resulted in a 30-percent decline in Globe’s reported net earnings.

Manila Water Company Inc. posted a net income of P5.4 billion, 28 percent higher than the previous year. Revenues increased 21 percent on a combination of growth in billed volume from the East Zone and new expansion areas outside of the East Zone plus tariff increase.

Operating expenses increased 21.7 percent due to increasing maintenance and power costs and the one-time cost related to the organizational restructuring program.  Netting out the one-off effects of the organizational restructuring, however, operating expenses grew at a slower rate of 14 percent.  Manila Water’s EBITDA rose to P10.2 billion with EBITDA margin maintained at 72 percent.

Manila Water’s growth during the year was partly driven by the contribution of new businesses, which accounted for 5 percent of revenues and 6.6 percent of net income. The company expects to see continued growth of billed volume within the East Zone coupled with higher contributions from its new businesses in the coming year. Manila Water has been building its pipeline of new businesses outside the East Zone with the acquisition of a 49-percent stake in Vietnam’s Thu Duc Water BOO Corporation in 2011 and a 47.45-percent stake in Kenh Dong Water Supply Joint Stock Co. in 2012. The company is looking to finalize its acquisition from Suez Environment of a 51-percent equity stake in Indonesia’s PT PAM Lyonnaise Jaya, which operates the water supply concession contract in West Jakarta.

Ayala’s international businesses continued to improve despite lingering uncertainties in the global economy. Its electronics business, Integrated Micro-Electronics Inc. (IMI), posted consolidated sales revenues of US$661.9 million in 2012, 15 percent higher from 2011 as a result of the full-year consolidation of its European business coupled with order expansion of key customers.

Sluggish global economic growth, lower capacity utilization, and higher labor costs, however, continued to put pressure on margins, resulting in a consolidated net income of US$5.4 million. This, however, represented a substantial improvement from the US$3.3 million net income achieved in 2011.

Positive trends have begun to emerge as IMI continues to focus on its products with higher margins, most notably in the automotive segments.

Ayala’s BPO business unit, LiveIt, maintained its momentum of growth and profit improvement in 2012. Share of revenues reached a record US$343 million, up 8 percent versus last year, while share of EBITDA grew to a record US$32 million, up 36 percent and more than double from 2010. As a result, LiveIt reduced its annual net loss, which was primarily due to amortization of intangibles and interest expense related to leveraged buyout of Stream. LiveIt exited the fourth quarter with share of EBITDA near US$10 million, representing the eighth straight quarter of year-on-year EBITDA growth. 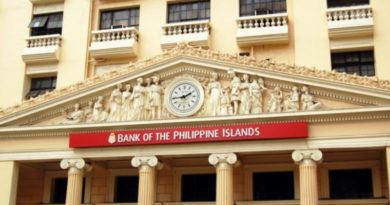 PH Stocks Up on Expectations Fed Stimulus will Continue