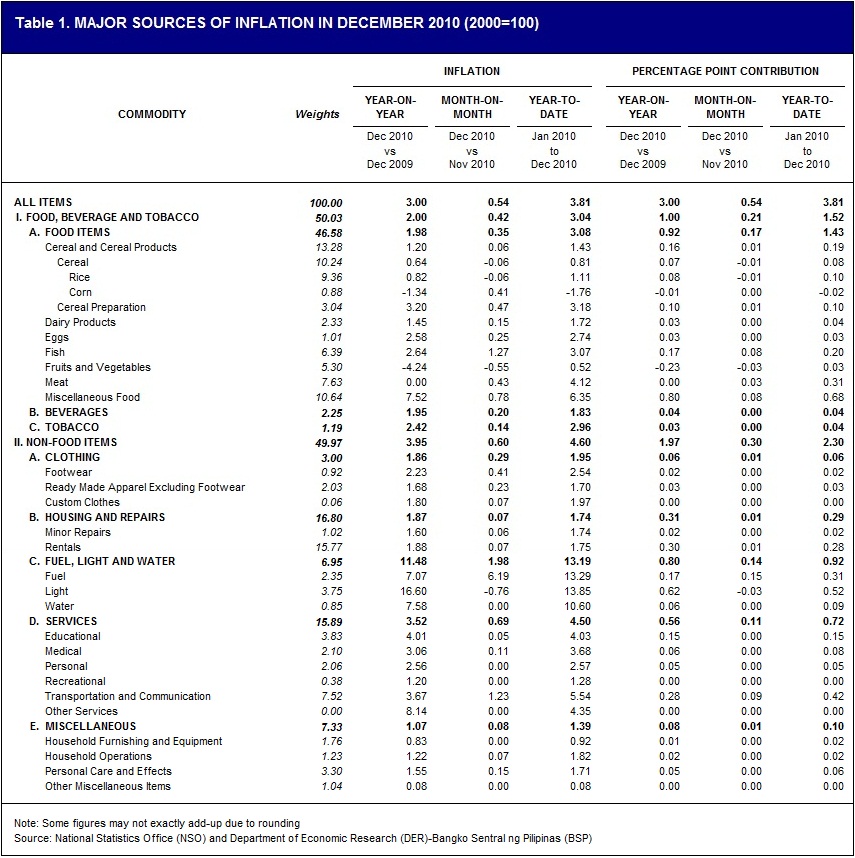 Year-on-year headline inflation averaged 3.8 percent for the whole year of 2010, well within the Government’s target range of 3.5-5.5 percent for the year.  December inflation was unchanged from the November level of 3 percent, which was also within the BSP’s forecast range for the month of 2.5-3.4 percent.  Month-on-month headline inflation in December was lower at 0.5 percent from 0.8 percent in the previous month.  Meanwhile, core inflation, which excludes some food and energy items to measure generalized price pressures, was slightly lower in December at 3.4 percent from 3.5 percent in November.

Inflation pressures in December were traced mainly to higher prices of fruits and vegetables and miscellaneous food items due to increased demand during the holiday season.  This was offset by the decline in the cost of power supply from the Wholesale Electricity Spot Market (WESM), as well as the lower inflation rate for transportation and communication services. 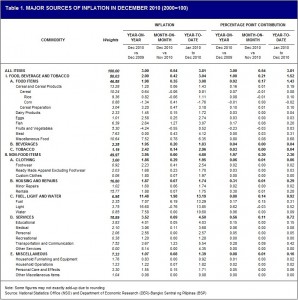 Governor Amando M. Tetangco, Jr. noted that the latest medium-term inflation forecasts of the BSP also continue to show inflation settling within the target range of 3-5 percent for 2011 and 2012.  Going forward, he said that the BSP will continue to monitor closely potential risks to the inflation outlook to ensure that such risks are addressed appropriately, while allowing the economy to sustain its growth momentum.

One thought on “2010 Average Inflation Falls Within Government Target”