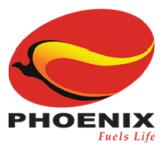 “Obligations rated PRS Aa are of high quality and are subject to very low credit risk. The obligor’s capacity to meet its financial commitment on the obligation is very strong.”

Early this year, PhilRatings assigned a PRS Aa rating to the company’s PhP1 billion notes issuance. The company may plan to increase the size of the possible notes issue of up to PhP3 billion. The new assigned rating considered the increase in the size of the issuance from PhP1 billion to PhP3 billion, additional loan availments in 2012, as well as the challenge of consistently generating positive cash flows.

PhilRatings’ ratings are based on available information and projections at the time that the rating review is on-going. PhilRatings shall continuously monitor developments relating to Phoenix and may change the assigned ratings at any time, should circumstances warrant a change.

Based on a report by Phoenix, it cornered 5.93% of the market in 2011, a notable increase from its 3.2% market share in 2011, in terms of sales volume. This was supported by the opening of more retail outlets which has grown from 161 in 2010 to 220 as of end of 2011 and further to 255 as of June 30, 2012. The company, however, still has to contend with the Big Three—Petron Corp. (PSE: PCOR), Shell and Chevron in improving its market position as these oil players have well-established markets.

In the first half of 2012, sales revenues rose by 21% to PhP16.90 billion. This was due to the higher sales volume driven by the continued expansion of the company’s retail and commercial/ industrial clients. Gross profit margin, however, eased to 6.24% from 7.01% for the same period in the previous year given the sharp decline in petroleum product prices which affected the company’s margins. Net income dropped by a significant 32.65% to PhP205.74 million as the increase in total expenses countered the robust revenue growth. As has been the case since the company’s inception, the nationwide expansion of the company will drive revenue growth going forward.

Phoenix’s use of leverage has likewise been increasing, from 1.39x in 2010, debt to equity has moved up to 1.77x in 2011. In 2012, the company will partly refinance short-term debts with additional loans. The company’s capital structure is expected to remain manageable, nonetheless, despite these issuances.

The company has built up receivable and inventory to service the requirements of its expanding retail and industrial clients. For the projected period 2012-2017, operating cash flows are foreseen to improve steadily in line with robust revenue and earnings growth. Such, however, will be hinged on management’s efficiency in handling its working capital requirements.

PhilRatings also took into consideration external factors which affect the performance of the oil industry but are beyond the company’s control. These expose the company to industry-wide risks. Given the company’s relatively short corporate history, it has yet to consistently demonstrate its capability to weather and handle unforeseen circumstances and developments which may significantly affect its operations and business. This, however, is partly mitigated by the fact that members of Phoenix’s management team have an average of 18 years of experience in the oil industry.