Las Pinas—(PHStocks)—The University of the Philippines and Vista Land & Lifescapes Inc. (PSE: VLL) have entered into a partnership to develop the country’s first School of Technopreneurship, to be located in Vista City’s University Town. The Villar Family donated the land where the facilities will be built. “A UP campus in Vista City is envisioned to become the birthplace of local tech start-ups that will ensure that the Philippines will remain competitive in today’s global economy,” said Vista Land Chairman Manuel B. Villar, Jr.

The idea of having such facility was taken from a “think paper” published by the University of the Philippines (UP) postulates that in a world governed by knowledge economies, investment in knowledge capital development becomes key to a nation’s economic progress and to sustaining inclusive growth. The Philippines, it argues, needs to begin investing not only in education infrastructure, but in a “Knowledge Suprastructure” which allows the development of multidisciplinary experts, trained specifically in technology and business—individuals more popularly known as technopreneurs. This suprastructure requires investment of both public and private sectors in smart classroom facilities, business incubation spaces, tech innovation zones, located within modern university towns that allow technopreneurs to thrive in a supportive ecosystem— think of Silicon Valley in California.

“The UP Technopreneurship Campus in Vista City’s University Town can give its student-technopreneurs a better shot at bringing discoveries, inventions, and designs to the innovation stage and competing on the bigger world stage,” said UP President Alfredo E. Pascual. Vista City is located in a Region IV-A, dubbed the “Metro South” because of its rapid development as an extension of Metro Manila. Nearby are several industrial zones whose technology companies can support the further development of the UP campus and its programs.

The partnership is set to begin with the development of a 5-hectare property donated by the Villar family, with Vista Land building the initial campus facilities and UP designing the programs to be offered in the campus. The initial development timeline projects the construction of an Enterprise Center and Classroom Complex that will offer postgraduate and undergraduate programs in Technopreneurship and Design Engineering for UP students.

Being the brainchild of a true partnership for progress, UP Vista City gives us all a brighter future to look forward to. “With the signing of the Memorandum of Agreement between the UP and Vista Land, doors are opened to aspiring technopreneurs and big tech industry players alike,” said Vista Land President & CEO Paolo A. Villar. “The Philippines takes one step closer to making this economically progressive future a reality.” 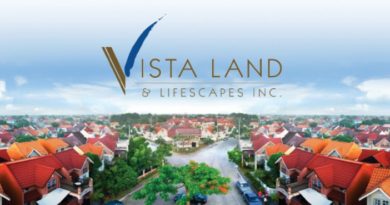 Why Such a Portfolio (Part 1)