Online stockbroker COL Financial Group Inc. (PSE: COL) reported a record performance in the first quarter of the year as it continued to benefit from its investments in growing the retail market.

Net income for the quarter increased by 107.1% to PhP207.8 million as revenues surged while total costs increased at a slower rate. Revenues jumped 71.2% to a quarterly record of PhP365.7 million, primarily led by an 87.3% increase in commission revenues and the strong growth in interest income and trailer fees.

Commission revenues were boosted by higher trading activity in the quarter, as more of COL’s self-directed clients increased their participation in the stock market and as the company strengthened its efforts to provide market guidance to its clients.

The increase in commission revenues is also attributable to the rapid growth of COL’s retail customers. The company’s client base grew 21.4% year-on-year to over 262,000 accounts as of the end of Q1 2018, driven by new accounts from COL’s four investor centers and referrals from existing clients. Client equity expanded by 15.5% year-on-year to PhP73.4 billion on strong net new flows from the retail segment—a remarkable feat given the weak market condition in the first quarter.

Meanwhile, the company’s mutual fund distribution business, COL Fund Source, remained the number one chosen platform of mutual fund investors in the Philippines. Quarterly net sales reached a new record of PhP311.1 million while Assets Under Administration jumped 63.8% to PhP2.4 billion as of end-March 2018, bolstered by the company’s efforts to actively promote equity index funds as an easier way to invest and participate in the Philippines’ growth. In addition, COL’s growing customer base of mutual fund investors continually adds funds regardless of market conditions, resulting into a regular stream of net new flows since the launch of COL Fund Source in 2015.

“Our outstanding performance in recent quarters reflects our strategy of focusing on the underserved retail investor base, which is scalable and seeing rapid growth,” said Dino Bate, President and CEO of COL. “Moving forward, we will strive to further improve our customers’ investing experience by equipping them with better tools and guidance, and by continuing to enhance the products and services that we offer them.”

Established in 1999 and formerly known as CitisecOnline, COL Financial Group Inc. is the Philippines’ leading online stockbroker, with its online platform that offers access to both stocks and the country’s top mutual funds. COL Financial has reached hundreds of thousands of people in its commitment to help Filipinos build wealth and achieve financial independence through the Philippine stock market. 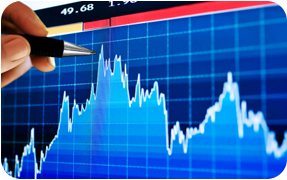