Makati—(PHStocks)—Ayala Corp. (PSE: AC) reported a net income of ₱26 billion in 2016, 17 percent higher than the previous year, on the back of double-digit growth contributions from its real estate and banking units, boosted by its emerging businesses in power and industrial technologies.

“Ayala capped its five-year strategic target in 2016 with net income expanding nearly threefold and a 23 percent compounded annual growth rate since we put the plan in place in 2011. We believe this was achieved through our disciplined execution and a strong domestic environment,” Ayala President and Chief Operating Officer Fernando Zobel de Ayala said.

Ayala Land recorded a net income of ₱20.9 billion, growing 19 percent from a year ago, boosted by strong improvements in its property development and commercial leasing businesses.

Ayala Land continues to build up its recurring income portfolio. Revenues from mall leasing grew 12 percent to ₱15 billion on the improved performance of established malls and contributions from newly opened malls. Office leasing revenues, meanwhile, increased 7 percent to ₱5.5 billion as new office developments came on stream. Revenues from hotels and resorts were steady at ₱6 billion. On a consolidated basis, Ayala Land’s recurring income business accounted for 31 percent of its net income during the year.

Ayala Land launched 43 projects valued at ₱88 billion during the year, ₱62 billion of which accounted for residential and office for sale projects. It spent ₱85.4 billion in capital expenditures and introduced two key mixed-use developments—One Ayala in Makati Central Business District and the 17.5-hectare Gatewalk Central in Mandaue, Cebu. Ayala Land currently has 20 estates in key growth centers in the country.

Ayala Land plans to complete seven shopping centers this year with a total gross leasable space of 224,000 square meters. These include the recently opened Ayala Malls The 30th in Pasig, as well as Ayala Malls Vertis North in the Quezon City central business district, Ayala Malls Feliz in Cainta, and Ayala Malls One Bonifacio High Street in Bonifacio Global City, among others. In addition, it expects to complete a total of 185,000 square meters of gross leasable office space in locations like Vertis North, Circuit Makati, and The 30th in Pasig this year and 837 hotel and resort rooms in various locations such as Vertis North in Quezon City, Bacolod, El Nido, Palawan, and Sicogon Island in Iloilo.

Bank of the Philippine Islands sustained its earnings trajectory throughout the year, with net profits soaring 21 percent from the previous year to ₱22.1 billion. This was largely driven by solid gains from the bank’s core banking, transactional, and bancassurance businesses, boosted by significant securities trading gains.

BPI’s loan portfolio breached the ₱1 trillion-mark during the year. It jumped 19 percent to ₱1.04 trillion, with 79 percent and 21 percent accounting for the corporate and retail segments, respectively. The bank maintains a healthy asset base with 90-day gross non-performing loans lower at 1.5 percent, from 1.6 percent a year ago. Reserve cover rose 118.7 percent from 110.2 percent in the previous year. Total deposits climbed 12 percent to ₱1.43 trillion, with current and savings account ratio at 73.5 percent.

Despite sustained topline growth, the impact of non-operating and depreciation expenses from its recent strategic acquisitions weighed down on Globe Telecom Inc.’s (PSE: GLO) net profits in 2016, which declined 4 percent to ₱15.9 billion.

The depreciation charges arose from incremental asset build–up from the fourth quarter of the previous year and the full consolidation of Bayantel. The non-operating charges included costs related to the San Miguel transaction, consisting of interest expenses for the additional debt incurred for the acquisition, and Globe’s share in the net losses of Vega Telecom and amortization of the intangible assets acquired.

Mobile revenues were steady at ₱92 billion, as usage continued to shift from core voice and SMS to mobile data. Despite the intense competitive environment, mobile data is now the biggest contributor to Globe’s mobile revenues, accounting for 38 percent of the segment. Mobile data revenues grew 25 percent from a year ago to ₱35 billion. Mobile data usage continued to pick up with traffic soaring 44 percent to 361 petabytes from its year-ago level, as smartphone penetration reached 61 percent during the year.

Globe’s subscriber base continued to expand with mobile subscribers reaching 63 million, up 12 percent, bolstered by record-level prepaid acquisitions during the year. Home broadband subscribers grew 6 percent to 1.13 million from a year ago.

Globe registered a 9 percent-growth in earnings before interest, taxes, depreciation, and amortization, reaching a record ₱50 billion during the year. EBITDA margin improved to 42 percent from its year-ago level of 40 percent.

Globe programmed approximately $750 million in capital expenditures this year, with the bulk of this allocated for the deployment of LTE mobile and home broadband, expansion of network capacities and coverage, and enhancement of corporate data services.

Manila Water Co. Inc.’s (PSE: MWC) net income reached ₱6.1 billion, up 2 percent from the previous year on the improved performance of the Manila Concession combined with higher contributions from its businesses outside Metro Manila.

The Manila Concession registered a 4 percent growth in billed volume to 478.9 million cubic meters, attributed to increased consumption, combined with higher connections from the expansion areas of Marikina, Pasig and Taguig. The Manila Concession continued to improve its operation efficiencies, with non-revenue water dropping to 10.8 percent from 11.2 percent in the previous year as a result of continuous repair works at distribution lines. Collection efficiency remained robust at 100.2 percent

On a combined basis, Ayala’s industrial technologies portfolio reached a net income of ₱1.8 billion during the year, 29 percent higher than a year ago as its automotive business contributed significant profit growth, lifted by robust vehicle sales across all brands as well as higher contribution from its distribution businesses.

In electronics manufacturing, IMI posted a net income of $28.1 million (₱1.3 billion), 2 percent lower than its year-ago level owing to transaction and financing costs related to strategic acquisitions and foreign exchange headwinds from the Chinese Renminbi.

Notwithstanding a challenging global environment, IMI’s revenues improved 4 percent to $843 million (₱40 billion). This was lifted by VIA Optronics and its Europe and Mexico operations, which contributed a combined $308 million, a 15 percent growth year-on-year. Operating income expanded 13 percent from a year ago to $42.9 million.

AC Energy recorded a 25 percent expansion in net earnings during the year to ₱2.7 billion. This sustained earnings trajectory was fueled by strong equity earnings contribution from its operating assets on improved operating efficiencies, boosted by gains from value realization from its partial sale of shares in South Luzon Thermal Energy Corporation.

AC Energy continues to scale up as it executes on its new strategic aspirations of doubling its equity commitment to $1.6 billion and its attributable power generating capacity to 2,000 megawatts by 2020. Last December, AC Energy, as part of a consortium, signed an agreement with the Chevron Global Energy and the Union Oil Company of California groups for the acquisition of Chevron’s geothermal operations in Indonesia and the Philippines. Moreover, in January 2017, AC Energy signed investment agreements with UPC Renewables Indonesia for the development, construction, and operation of a 75 megawatt-wind farm project in Sidrap, South Sulawesi, Indonesia.

AC Infrastructure continues to execute on its three public-private partnership projects. For the LRT 1, LRMC increased capacity by 30 percent, with average daily ridership breaching 500,000 in December. The Muntinlupa-Cavite Expressway is currently servicing an average of about 27,000 vehicles daily. Meanwhile, the Beep card posted ₱9.7 billion in total transactions, reaching 2.8 million users at the end of 2016. The Beep card has now expanded beyond rail to include select bus lines. It is also accepted as a payment platform in 80 FamilyMart stores.

The Ayala group is increasing its capital expenditures this year by 13 percent to ₱185 billion, primarily to support the growth strategies of its real estate, telecommunications, and water units and ramp up its emerging businesses in power, industrial technologies, healthcare, and education. At the parent level, Ayala has earmarked ₱21 billion in capital spending this year, largely to fund the investment program of its power business.

Over the past five years, the Ayala group has invested over ₱700 billion in cumulative capital expenditures across its portfolio of businesses.

“The aggressive capital spending we have programmed this year reflects the Ayala group’s continued optimism in the domestic environment,” Ayala Chairman and CEO Mr. Jaime Augusto Zobel de Ayala said. “While we remain mindful of macroeconomic indicators that may affect the overall business landscape, our business units continue to perform well and carry out their strategic direction for 2020,” Zobel noted.

Last year, Ayala announced its target to double its net income to ₱50 billion by 2020 anchored on strong growth projections in its core businesses in real estate, banking, telecommunications, and water, as well as emerging businesses in power and industrial technologies.

Ayala’s balance sheet remains at a comfortable level. At the parent level, cash amounted to ₱16.4 billion while net debt stood at ₱60 billion at the end of 2016. Net debt-to-equity ratio during the period was 0.56 at the parent level and 0.63 at the consolidated level. Ayala’s loan-to-value ratio, the ratio of its parent net debt to the total value of its investments, stood at 11% percent at the end of 2016. 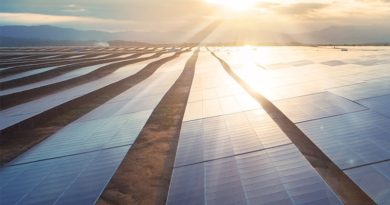