Alaska Milk Corp. (PSE: AMC) capped another year of strong growth, with net income for 2010 at a new record high of PhP1.82 billion, up 29% from PhP1.41 billion in 2009. This was achieved as a result of sustained sales volume growth across all business lines, complemented by a stable cost environment and continuing efforts to improve operating efficiencies. With costs of major raw materials expanding at a slower pace, underpinned by a strong Philippine Peso vis-à-vis the US Dollar, operating margin for 2010 improved to 19.1% from 17.9% a year ago.

Fuelled by a resurgent consumer market, the country’s gross domestic product (GDP) expanded by 7.3% in 2010, its strongest growth since 1986. Consumer spending remains a major driver of the Philippine economy given the resilience of remittance inflows of overseas Filipino workers. In addition, the benign inflation environment and low interest rates fueled overall investor sentiment and reinforced business confidence. With the economy growing by 7.3%, per capita GDP rose by 5.3% from a decline of 0.9% in 2009. This benefitted the domestic milk industry, as consumption of milk products (liquid canned milk and powdered milk) grew at double-digit rates, its highest in five years. Sustained advertising campaigns and promotional activities of major industry players likewise increased the level of consumer awareness on the benefits of drinking milk.

Revenues for 2010 grew by 15% to PhP12.16 billion from PhP10.58 billion a year ago on higher sales volume. Improvements in product availability, following disruptions in supply chain brought about by Typhoon Ondoy in September 2009, translated in a high double-digit growth rate for the liquid canned milk business. Intensified advertising campaigns and promotional efforts drove demand for the Company’s portfolio of evaporated and sweetened condensed milk products.

Cost of sales and operating expenses for the year amounted to PhP9.84 billion, 13% higher than cost of sales and operating expenses of PhP8.69 billion a year ago. Cost of sales grew at a slower pace of 11% as a result of the Company’s strategic buying initiatives for its major raw materials, particularly skimmed milk powder, tinplate, sugar and coconut oil. Operating expenses, on the other hand, edged higher due to heightened advertising and promotional spending to drive consumer demand as well as higher distribution-related charges attendant to increased sales volume. The foregoing put operating income for the year at PhP2.33 billion or 19.1% of net sales, higher than 2009’s actual operating income of PhP1.89 billion or 17.9% of net sales.

Net interest income for the year surged to PhP48.7 million from PhP22.2 million a year ago on increased average cash balance. The 2010 year-end cash balance stood at PhP2.9 billion. 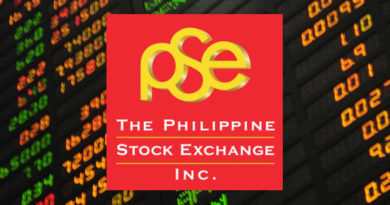