Manila—(PHStocks)—Philippine economic growth surpassed market and government expectations in the first quarter of 2013 following robust performance of all major sectors during the period, according to the National Economic and Development Authority (NEDA).

“The country’s gross domestic product (GDP) growth rate of 7.8% in the first quarter exceeded market forecasts and was also the highest among ASEAN economies, particularly Indonesia (6%), Thailand (5.3%), Vietnam (4.9%), even higher than that of the People’s Republic of China (7.7%),” said Secretary of Socioeconomic Planning Arsenio M. Balisacan.

“Business confidence and consumer optimism fuelled this growth, putting to rest doubts cast on the 2012 figures as being due to base effects only,” the cabinet official said. 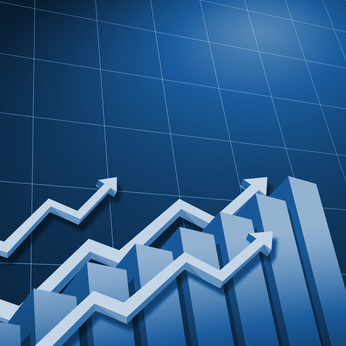 The development on the production side was broad based as all major sectors contributed positively to growth during the period. Services expanded by 7%; industry, by 10.9%; and agriculture sector by 3.3%.

“Impressive performance of these sectors prove that the country is already reaping the benefits of strengthening priority sectors that are potential growth drivers and employment generators,” said Balisacan, who is also NEDA Director-General.

Heightened domestic demand led to the local manufacturing sector growing at an impressive rate of 9.7%.

Also stirring is the construction sector that grew 32.5% from January to March this year, indicating a good positioning towards an industry-led economy.

“Initially, this was led by infrastructure spending of the government. By the second half of 2012, private construction started to rebound,” Balisacan explained.

Retail trade remained strong as the spending capacity of Filipinos continued to grow due to the improving employment situation, higher overseas Filipinos (OF) remittances, and stable inflation.

The Agriculture sector growth is also catching up with a 3.3% growth rate as the fisheries subsector bounced back from a series of contractions to a growth of 5.5% during the quarter.

On the demand side, capital formation has primarily driven overall growth with its 47.7% expansion, surpassing the contribution of household consumption, which grew by 5.1%.

“For the first time, expenditure in capital formation, including other private sector investments such as on durable equipment, contributed more to growth than household consumption expenditure,” said Balisacan.

Government consumption also grew by 13.2% due to state support for social programs such as the Pantawid Pamilyang Pilipino Program (4Ps), agriculture development programs, and the rationalized MOOE for public elementary and high school under the Department of Education (DepEd).

Net exports, however, contracted primarily due to a decrease in external demand for electronic components.

“While we recognize our robust performance in the first quarter, we will continue to be vigilant against downside risks and address critical constraints to maintaining this growth momentum,” said Balisacan.

He said that it is also important to create conditions for sustained growth in other sectors or areas with high growth potential and link the poor to these growth centers.

“The faster this can be done, the better it will be for the greater number of our people,” said Balisacan.

Furthermore, he said that the government will put emphasis on innovation, technology and research and development as well as facilitate the improvement in labor productivity.

“What all these demands is a greater sense of urgency among us in government as well as better coordination between and among the various agencies charged with implementing programs and projects in order to maximize efficiency and effectiveness,” Balisacan explained.

Also, he said that the government is still committed to maintaining macroeconomic stability through low and stable inflation, and sustainable levels of the fiscal deficit and the external performance indicators.

Moreover, Balisacan stressed that investment grade rating from Fitch and Standard and Poor’s for the country is an opportunity for the business sector to expand their interests and generate more employment.