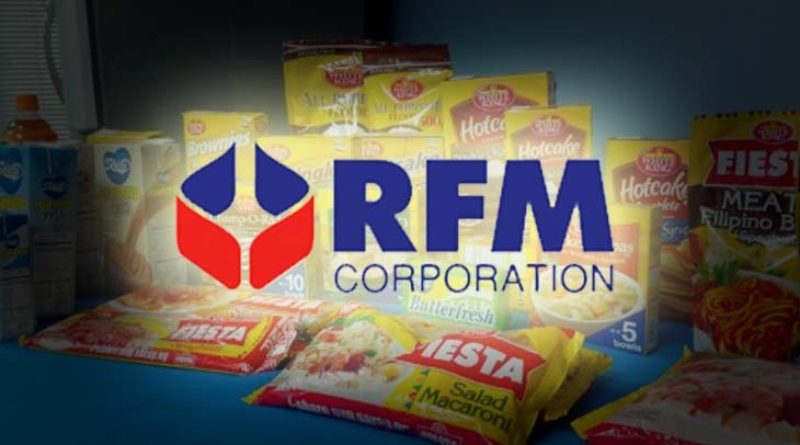 Listed food and beverage company RFM Corp. (PSE: RFM) disclosed that their Board of Directors approved today a cash dividend of PhP271 million or PhP0.0774 per share, for shareholders as of record date of August 7, 2019 and the payment date for which is set on September 4, 2019.

RFM President and CEO Jose Ma. A. Concepcion III said that this cash dividend declaration is the second of two tranches to pay out the company’s 50% recurring net income. Total dividends declared by RFM this 2019 now amounts to PhP553 million or PhP0.1579 per share.

The CEO said that second quarter revenues posted a healthy 9.8% improvement from last year, bringing the first half sales to PhP6.96 billion with a growth of 10.3%.

The CEO also noted that the slowdown in inflation and recent strength of the peso will dampen cost inflation and that RFM’s strong balance sheet and cash position make the food company well positioned to take advantage of growth opportunities in the food sector.