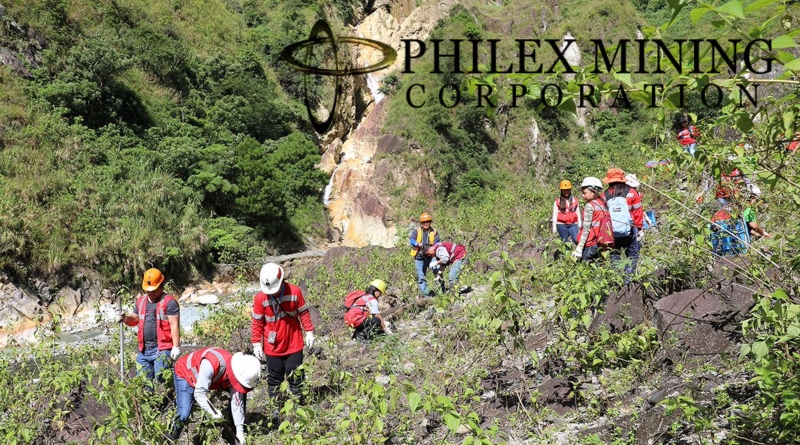 Philex Mining Corp. (PSE: PX) has announced a reported net income of PhP391 million for the first half of 2019 while core net loss narrowed to PhP19 million or almost breakeven. For the second quarter alone, the company registered a core net income of PhP93 million, marking a sharp rebound after a challenging start.

Total tonnes milled was at 3.805 million from 4.388 million in the first half of 2018. Metal production was slowed down by programmed maintenance and other unscheduled repair works of aging mining equipment as well as uncontrollable power interruptions that resulted in lesser operating days. Consequently, gold and copper production were at 23,675 ounces and 12.007 million pounds versus previous year’s haul of 34,583 ounces and 14.149 million pounds, respectively.

Following a core operating loss in the first quarter, the Company immediately swung back to profitability in the subsequent period after realizing the impact of improved operational efficiencies and cost containment measures that were carried out in the first three months of 2019.

Quarter-on-quarter, production costs dropped by 3% to 1.040 billion from 1.074 billion while general and administrative expenses went down by 11% to PhP63 million from PhP71 million in the first quarter of 2019.

The Company is optimistic that global interest for mineral products will stay robust in the longterm with consistent growth from Asia particularly from China, led by its power and infrastructure sectors. Also, notable advancements in electric vehicle technology and renewable energy will also serve as demand catalysts to drive usage for copper materials. On the domestic front, Silangan is envisioned as a key economic and social contributor for the development of Mindanao in particular and for the country in general, through substantial tax payments and the creation of more than 3,000 new jobs in Mindanao, where the project is located, to be supported by an expansive corporate social responsibility agenda. From a sustainability perspective, Silangan shall conform to international environmental standards aligned with the basic requirements of the World Bank and in consideration of the Equator Principles.

Definitive feasibility study has finally concluded for the first phase of the Silangan Project. The Silangan mine is a large-scale high grade copper-gold development, with a number of greenfield and brownfield components, located in Surigao del Norte, Mindanao. Silangan’s tenements are composed of three deposits namely Boyongan, Bayugo and Kalayaan, with the latter being held by the Company through a joint-venture with Manila Mining Corporation. It has been branded as one of three big-ticket mining projects seen to propel the Philippines as a major regional copper producer.

Based on the development timeline, the Silangan Project will be developed in phases. The Boyongan deposit, which is planned as the maiden phase, will be fully developed within 2.5 years and is expected to commence commercial production by the second half of 2022. The first phase of the Boyongan deposit has an initial estimated mine life of 22 years. For this initial stage, Silangan is expected to yield high grade mineable ore grades of 0.63% for copper and 1.20 grams per tonne for gold. The second phase, which will be comprised of the Bayugo deposit, is scheduled to undergo preliminary feasibility study for underground sub-level cave mining within 2019. Bayugo is expected to be mine-ready as early as the fifth year from the start of Boyongan’s commercial operations. The remaining substantial mineral resource and inventory including Kalayaan and the remnants of Boyongan will be subjected to future studies.

In terms of methodology, the Company will be adopting underground sub-level cave mining for ore extraction which will feature a state-of-the-art milling facility that will utilize modern convention technologies for ore processing.

“We are thrilled with the outcome of the study which reaffirms the immense potential and magnitude of the project. Over the next few months, we will be focusing our efforts on raising equity and financing for mine development,” said Mr. Eulalio B. Austin Jr., President and Chief Executive Officer of Philex Mining Corporation.

The company is set to earmark around $750 million for the development of the Boyongan ore body. For its fund raising exercise, the Company has appointed reputable financial institutions namely J.P. Morgan for equity investment and Mizuho for project financing. It has also engaged international law firm White & Case and Philippine law firm Sycip Salazar Hernandez & Gatmaitan as legal consultants.

On the permitting end, the company is fully compliant with all existing regulations and requisite documentation as it continues to work closely with regulators for the issuance of final operating permits for underground mining.