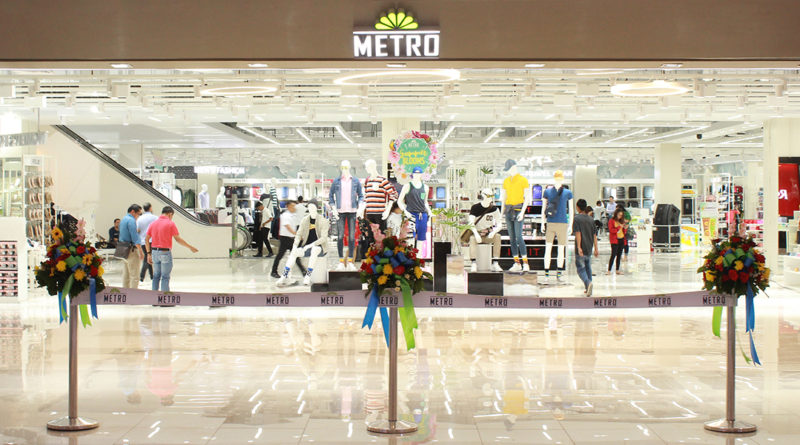 Cebu-based retailer Metro Retail Stores Group Inc. (PSE: MRSGI) reported earnings of PHP539 million in the first half of 2019, resulting to a net income growth of 56.7% coming from pre-tax core income of PHP393 million and proceeds from an insurance claim of PHP372 million.

The company posted a 10.7% revenues growth for the first half on same store sales growth of 3%, the opening of new stores, and the re-opening of Metro Supermarket in its Cebu flagship store.

The positive outcome has been buoyed by MRSGI’s continued creation of new touch points in city centers. To this end, MRSGI opened a compact department store and a supermarket in Baybay City, Leyte last July 30 bringing the total network store count to 56.

MRSGI serves more than 250,000 customers daily across its store network in key cities in Central and South Luzon, as well as in Central, Western and Eastern Visayas. The company has also broken ground for the Metro Supermarket Sum-AG in Bacolod, Negros Occidental.

Manuel C. Alberto, MRSGI President and Chief Operating Officer, said, “Our focus has been to be able to deliver our well-loved core brands and unique finds to customers in underserved locations. We believe that by providing value-for-money shopping across our three different store formats—department store, supermarket, and hypermarket—we will be able sustain our growth.”

Alberto emphasized that the company’s optimistic outlook is built on MRSGI’s deep roots and strong brand recognition in Visayas where retail industry growth is outpacing the rest of the Philippines. MRSGI is number one in Visayas in terms of sales.

In addition, its proven track record in expanding its Luzon network is attracting more potential partners in the region.

MRSGI was recently hailed as the Most Outstanding Regional Retailer of the Year at the Outstanding Filipino Retailer Awards 2019 presented by the Philippine Retailers Association and the Department of Trade and Industry. Winning the Regional Retailer of the Year award underscores MRSGI’s Cebuano heritage and efforts in maintaining a strong presence in Visayas alongside its continued expansion in Metro Manila and Luzon.