Mandaue—(PHStocks)—Metro Retail Stores Group Inc. (PSE: MRSGI) which debuted at the Philippine Stock Exchange last 24 November 2015, reported an increase in net income of PhP344 million, up by 23.5% for the first nine months of 2015, citing net sales growth of 15% and reduced operating expenses.

The net sales improvement was supported by strong same store sales growth of 9.5%, led by the hypermarket segment. Growth in revenues of new stores, where MRSGI added two supermarkets and four hypermarkets after 30 September 2014, also contributed to the overall sales increase.

Income before income tax grew 24% to PhP492 million in the first nine months of 2015 from PhP397 million generated during the same period last year. This was also a significant improvement compared to the first half results, which recorded an increase of 21.2% in pre-tax earnings.

“Our third quarter results reflect our customers and partners’ unwavering support for MRSGI,” shared Frank S. Gaisano, MRSGI Chairman and Chief Executive Officer. “It also underscores our confidence in the company’s capacity for expansion and widening its customer base, as the market continues to believe in the MRSGI retail experience. We are particularly encouraged by the performance of our stores in the Visayas region.”

As of November 24, 2015, METRO has 46 stores nationwide, composed of 24 supermarkets, 12 hypermarkets and 10 department stores. MRSGI is a recognized market leader in the Visayas.

The company also disclosed that its bank debt level remained very low at PhP950 million, even as the proceeds from the public listing are expected to add around PhP3.4 billion by year-end to the company’s net worth, which stood at PhP2.7 billion as of 30 September 2015.

MRSGI’s recent bold debut on the Philippine Stock Exchange was the largest new equity issuance—at PhP3.6 billion—for the year 2015, which saw only three initial public offerings (IPOs) owing to volatile global markets. While proceeds from the IPO are intended for ramping up the company’s store expansion and the enhancement of its distribution and logistics facilities, the move to join the arena of publicly-listed retailers also signals MRSGI’s capability to compete with other industry players in serving the value-conscious market.

“Taking MRSGI public was a strategic transformational process that enables us to accelerate growth, improve margins and operating efficiency, strengthen further our balance sheet, and consequently create value for our investors,” said Gaisano. 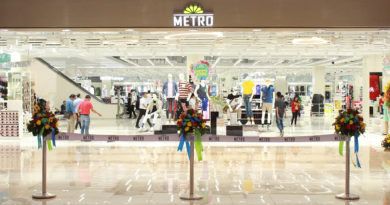