“GT Capital’s financial results as of September show solid contributions from all our business segments. The strong performance also reflects the positive impact of the various strategic initiatives we implemented during the first half of the year. We remain confident that this favorable momentum in our core business is sustainable for the last quarter and into the coming year,” GT Capital President Carmelo Maria Luza Bautista said.

“We are pleased with the positive trends we see in our core business. Low cost funding remains healthy, our margins are improving amid heavy competition, and loan demand is better than we originally expected,” said Metrobank President Fabian S. Dee. “It’s also very encouraging that growth prospects abound, and with our strong capital position, it gives us the leverage to sustain this momentum moving forward.”

The Bank’s CASA deposits sustained its high growth rate at 21% to PhP790.8 billion. CASA ratio improved to 63% of the total PhP1.2 trillion deposit base, from 56% a year ago. Net loans and receivables surged 26% year-on-year to PhP965.1 billion, and now accounts for 56% of total assets from 46% last year. Metrobank’s portfolio growth was faster than the industry’s 17.7% posted as of July. As a result of the healthy CASA generation and loan growth expansion, net interest margin improved to 3.65%.

TMP’s consolidated revenues increased a significant 40% from Php81.9 billion in the first nine months of 2015 to PhP115 billion in the same period this year. The country’s leading automotive company reported retail sales of 114,419 from January to September 2016, attaining a 28% improvement from 89,107 units of the same period last year. Robust sales from the Vios, Wigo, Hiace, Fortuner, Innova, Avanza, and Hilux models contributed to TMP’s noteworthy results. TMP upholds its dominance in the auto industry with an overall market share of 39%, bolstered by higher sales volumes arising from the all-new model launches of the Fortuner and Innova in March and April, respectively. 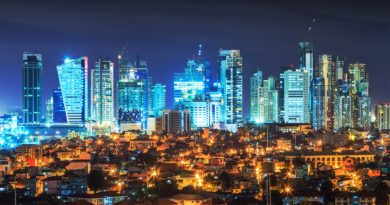