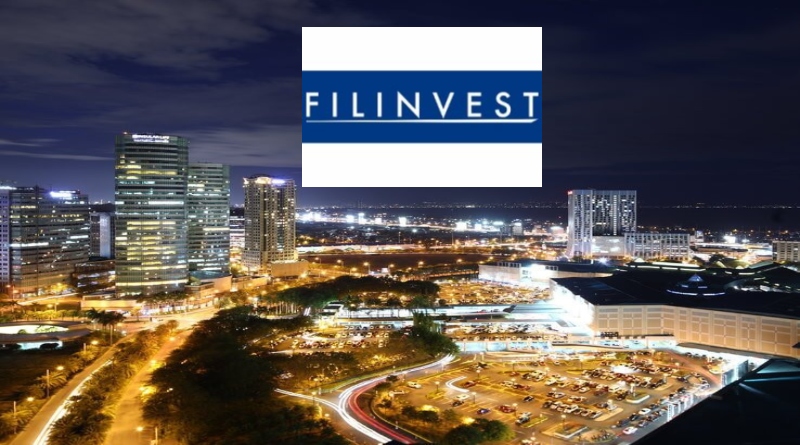 Gotianun family-led Filinvest Development Corp. (PSE: FDC) reported a net income attributable to equity holders of the parent company of P7.2 billion in the first half of 2020, growing by 24% from the P5.8 billion in the same period last year, while consolidated net income was recorded at P9.1 billion, rising by 19%. The strong net income growth amidst the height of the COVID-19 pandemic community quarantine measures was brought about by higher revenue contributions from its banking and sugar subsidiaries, as well as cost control measures implemented across the group.

While total revenues and other income declined by 4% to P40.6 billion and operating expenses increased by 23% to P19.5 billion in the first half of 2020, direct costs declined by 33% to P11.2 billion, thus resulting in the increase of net income during the period.

“The continuing rise in the number of COVID-19 cases in the country and the absence of a vaccine to curb the spread of the virus sets a lot of uncertainties to this day. The events continue to unfold but we have also learned to adjust in order to lessen the impact of the disruptions brought about by the pandemic. We are pleased with our robust results in the first half of 2020 but we remain cognizant of the risks of a prolonged quarantine period and are doing measures to mitigate its negative impact,” said FDC President and CEO Lourdes Josephine G. Yap.

The company’s balance sheet remained healthy at the end of the first half. Debt-to-equity stood at 0.89:1 while net debt-to-equity stood at 0.52:1. The balance sheet has improved quarter-on-quarter following the full payment of its foreign currency obligation on April 2, 2020, retiring its USD300 million fixed-rate seven-year bonds using the Filinvest group’s excess cash coupled with new local currency term-loan financing from local banks. Given the current attractive market rates, FDC is looking at issuing foreign currency-denominated bonds to further bolster its liquidity position.

EastWest Bank delivered a net income contribution to the group of P4.3 billion in the first half of 2020, 60% higher than the same period last year, driven by better margins from its core lending and deposit-taking businesses, and higher trading gains. On a standalone basis, EastWest’s net interest income, which accounts for 73% of revenues, increased by 38% to P13.4 billion. This was on the back of a net interest margin (NIM) improvement by 142 bps from year-ago level to 8.3% as market liquidity and deposit rates normalized. Non-interest income increased by 42% to P5 billion, mainly due to securities trading gains. On the other hand, operating expenses, excluding provisions for losses, increased marginally by 2% to P8 billion that helped in the improvement of its cost-to-income ratio to 44% from last year’s 60%. EastWest more than tripled its provisions for losses to P5.5 billion as a precautionary measure in anticipation of probable loan losses resulting from the economic impact to households and businesses caused by the COVID-19 disruptions. The target is to build credit reserves of P10 billion by year-end. Despite the heavy provisioning, EastWest performed strongly as shown by its return on equity (ROE) of 17%.

FDC’s real estate business composed of listed subsidiary, Filinvest Land Inc. (PSE: FLI), and Filinvest Alabang Inc. (FAI) contributed P4.6 billion in net income to the group, rising by 8% from the first half of 2019. The improvement was boosted by the income recognition amounting to P2.9 billion of the transaction between FAI and Mitsubishi Corporation in October last year for the joint development of 17,000 square meters of prime land across Festival Mall in Filinvest City, Alabang. Meanwhile, sales revenues of lots, condominium and residential units slowed down expectedly during the first half of 2020 due to the pandemic, declining by 55% to P4.9 billion. This can be attributed to the lower sales take-up, delayed revenue recognition due to completion delays resulting from the construction halt in mid-March, and the grace period granted to the homebuyers during the ECQ period for the payment of their purchases which also affected real estate sales recognition. Rental revenues slightly declined by 3% to P3.5 billion in the first half of 2020 as the growth in office leasing was tipped by the decline in retail mall revenues. The group’s office buildings remained operational during the ECQ period while most parts of the malls were closed for the duration of the ECQ with a few exceptions. Filinvest waived rental payments for establishments that were not operational during the ECQ period.

Power subsidiary, FDC Utilities Inc. (FDCUI), registered a net income of P996 million, 10% lower than the same period last year. Revenues declined by 21% to P4.2 billion as volume dropped by 25% following the contraction in the demand from its customers beginning the latter part of March with the imposition of the ECQ. The lower volume was partially offset by the reduction in operating expenses by 57% to P367 million and the 6% increase in average price. FDCUI operates an aggregate 405-megawatt clean coal plant located in Misamis Oriental which is the largest operating baseload power plant in Mindanao.

Sugar operations, through Pacific Sugar Holdings Corporation (PSHC) which is the holding company of the group’s sugar subsidiaries, contributed P310 million to FDC’s net income in the first half of 2020, growing by 19% year-on-year. PSHC owns a vertically integrated sugar business, which includes sugar mills and refineries, and in-house corporate sugarcane farming operations in Mindanao.

Hotel operations under Filinvest Hospitality Corp. (FHC) was the most affected in the group following the foreign travel restrictions and quarantine measures as early as January. FHC posted a revenue decline of 48% to P837 million in the first half of 2020 as occupancy rates dropped across the properties, leading to a net loss of P298 million from a net income of P223 million in the same period last year. Five out of the six hotels and resorts under the Filinvest group’s portfolio remained in operation during the ECQ but on very limited basis while Crimson Boracay temporarily ceased operations while the entire island of Boracay was on lockdown from March 23. Quest Tagaytay was used as a quarantine facility for OFWs and other returning overseas Filipinos while Crimson Alabang and Quest Clark were used by BPO employees. FHC’s portfolio of six managed properties has approximately 1,800 rooms under the Crimson and Quest brands.