Quezon City—(PHStocks)—Grupo Emperador Spain S.A., a company owned by Emperador Inc. (PSE: EMP) of the Philippines, has reached a definitive agreement with Beam Suntory Inc. to purchase its Spanish brandy and sherry business in Jerez de la Frontera, the brandy capital of Spain.

The purchase includes the iconic brands of Fundador, the Philippines’ best selling premium imported brandy; Terry Centenario, Spain’s number one selling brandy; Tres Cepas, the number one brandy in Equatorial Guinea and Harveys, the number one selling sherry wine in the United Kingdom. All the brands carry a unique heritage and market leading position. Fundador Brandy has been a true Filipino icon for more than 150 years.

The purchased assets include Spain’s largest and oldest brandy cellars, Bodegas Fundador, which was established in the year 1730 and production facilities, ageing cellars, vineyards and state of the art blending and bottling facilities in Jerez. The assets also include a brandy distillery at Tomelloso as well as sufficient ageing inventory of brandy and sherry to drive future growth.

The all cash transaction was valued at €275 million. This will further strengthen Emperador’s position as the number one brandy company in the Philippines and in the world. “The purchase of the Spanish assets and Fundador Brandy is immediately accretive to Emperador’s revenue and net income. With the combined global reach of Whyte and Mackay and Fundador, our expanded product portfolio will have access to more than 100 countries internationally. In our pipeline are several proudly Philippines-made products that we intend to introduce to the international markets starting next year,” said Winston Co, president of Emperador. 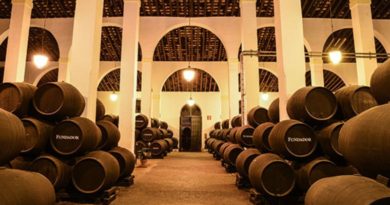