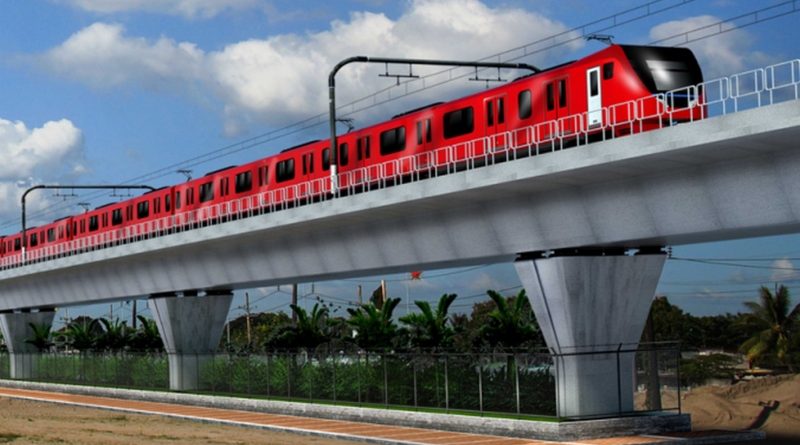 Construction of the Malolos–Clark Railway Project, a flagship Philippine project funded by the Asian Development Bank (ADB), is expected to begin soon, following the signing of three civil works contracts worth more than $1.7 billion.

The signing ceremony today was hosted by the Philippines’ Department of Transportation (DOTr), which has so far awarded five civil works contracts for the project totaling $2.5 billion. The first two contracts were signed on 1 August 2020. The project, part of the government’s “Build, Build, Build” infrastructure program, will construct a safe, affordable, reliable, and environment-friendly elevated railway connecting the northern provinces and the capital, Metro Manila.

“This project is, by far, the ADB’s largest ever financing package for a single project, and is the single largest ‘Build, Build, Build’ project to date in the history of the Duterte administration,” said Department of Transportation Secretary Arthur Tugade. “Be assured that we are focused on our goal to make the Filipino life comfortable, the Filipino life convenient.”

“The signing of these contracts means the Malolos–Clark Railway Project construction will now go on full speed, helping the country’s economic revival over the next 12–24 months,” said ADB Director General for Southeast Asia Ramesh Subramaniam. “When completed by 2025 based on current plans, we expect the project to benefit nearly 350,000 commuters daily. We are proud to work with the Philippine government, development partners, and the private sector to deliver this important flagship infrastructure project using modern technology for the country.”

The Malolos–Clark Railway Project will cut the travel time between Clark in northern Pampanga province and Manila from two to three hours by bus to one hour by train, with a maximum rail speed of up to 160 kilometers (km) per hour. It will reduce greenhouse gas emissions by more than 60,000 tons annually and boost economic activity in regional growth centers like Clark.


The project is expected to create about 24,000 local construction jobs in the next three years. Once completed, the railway system will employ 1,400 people. The project will also spur larger, indirect employment and economic benefits to local businesses and raw material suppliers and manufacturers.

The project is part of the planned 163-km North–South Commuter Railway (NSCR) Project, which aims to reduce road congestion in Metro Manila and surrounding provinces. It will also help cut traffic-related economic costs, which total about $18 billion annually in Metro Manila alone. Once completed by 2040, the entire NSCR is expected to transport up to 1 million passengers daily.

The first contract package of the Malolos–Clark railway line—covering the construction of about 17 km of elevated rail viaduct, seven bridges, and two railway stations—was awarded to the joint venture of Hyundai Engineering & Construction Co., Ltd. and Dong-ah Geological Engineering Company Ltd., both based in the Republic of Korea, and the Philippines’ Megawide Construction Corp. (PSE: MWIDE).

The other two contract packages were awarded in August to a joint venture of Acciona Construction Philippines, Inc. and EEI Corporation, and the Republic of Korea’s POSCO Engineering and Construction Co., Ltd. A sixth contract for the construction of the Blumentritt station of the railway line will undergo rebidding.


The project is cofinanced by the Japan International Cooperation Agency (JICA), which will provide up to $2 billion in additional funding for the rolling stock and railway systems.

ADB is committed to achieving a prosperous, inclusive, resilient, and sustainable Asia and the Pacific, while sustaining its efforts to eradicate extreme poverty. Established in 1966, it is owned by 68 members—49 from the region.

PH Stocks Up Anew, Back in 7300 Territory