Makati—(PHStocks)—At the annual stockholders’ meeting of China Bank (stock code: CHIB) , the stockholders approved the declaration of a 10% stock and a 12% (Php1.20) per share cash dividend s for a total of Php1.56 billion, subject to approval by the Bangko Sentral ng Pilipinas, the Securities and Exchange Commission, and the Philippine Stock Exchange.

The improved earnings translate to a robust 16.44% return on equity and a 2.19% return on assets. Despite the ongoing branch and ATM network expansion and investments in new technology, China Bank’s operating expense growth was controlled at 16%. Cost efficiency improved to 54.4% from 0.2%. The Bank is on track with its expansion plan, opening 23 new branches last year — 15 for the main bank and 8 for China Bank Savings (CBS) — and acquiring Unity Bank, a Pampanga-based rural bank, to be merged with CBS by the second half of 2013. This year, the target is to open a total of 67 branches.

Three CBS branches were opened in the first quarter, bringing the total branch count to 320 to date, including the new China Bank branch opened last April 26. The Bank is also implementing a new core banking system for roll-out by next year.

China Bank, established in 1920, is the first privately-owned commercial bank in the Philippines. It is likewise the first bank in Southeast Asia to process deposit accounts on-line in 1969 and the first Philippine bank to offer phone banking in 1988. China Bank and its thrift bank arm, CBS, provide a wide range of banking services through a combined network of over 300 branches and 500 ATMs nationwide. www.chinabank.ph 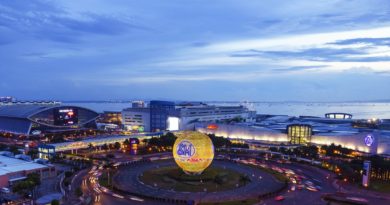 SMIC Not Connected with SMI SG