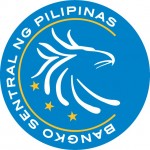 The build-up in the reserves level was due mainly to foreign exchange inflows coming from the foreign currency deposits by the National Government (NG) of proceeds from its dollar-denominated 25-year global bonds issuance, revaluation gains on the BSP’s gold holdings as well as income from the BSP’s investments abroad. These inflows were partially offset, however, by payments for maturing foreign exchange obligations of the NG and the BSP and foreign currency withdrawals by authorized agent banks (AABs).

The end-January 2012 GIR could cover 11.3 months worth of imports of goods and payments of services and income. It was also equivalent to 10.8 times the country’s short-term external debt based on original maturity and 6.9 times based on residual maturity.

Net international reserves (NIR), which include revaluation of reserve assets and reserve-related  liabilities, rose by $1.7 billion to reach $77 billion as of end-January 2012, compared to the end-December 2011 NIR of $75.3 billion. NIR refers to the difference between the BSP’s GIR and total short-term liabilities.