(PHStocks) – SM Retail is pleased to announce that it has agreed a basic framework for establishing a joint venture company with Fast Retailing through its subsidiary Market Watch Investment Corporation.

Based on this agreement, the new joint venture company will be established in the Philippines in the year end of 2011, with the first UNIQLO store to open in Manila during the following business year in 2012.

Fast Retailing has been exploring the possibility of entering the Philippine market for sometime and the joint venture will create excitement in the dynamic local retail market by bringing to Manila a global brand known for its high quality fashionable basic casual clothes that can be worn by anyone, anytime, anywhere.

Fast Retailing opened its first UNIQLO store in Japan in 1984 and began its expansion into international markets in 1991 by launching stores in the UK, and subsequently launching ventures in China, Hong Kong, South Korea, the US, France, Singapore, and Russia. As of the end of February 2011, UNIQLO has 824 stores in Japan and 150 stores in other markets overseas. It recently opened a great store in Bangkok.

SM Retail, the leading retail group in the Philippines, has over fifty years experience in the industry.  Its retail operations include a chain of department stores, supermarkets, and hypermarkets strategically located in key cities of the Philippines.

SM Retail is part of SM Investments Corp. (PSE: SM), one the country’s largest conglomerates, which also has core businesses in mall operations, banking, property, and hotels and conventions.

PH Stocks Up on Expectations Fed Stimulus will Continue 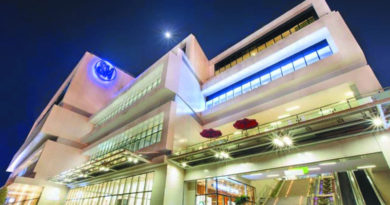