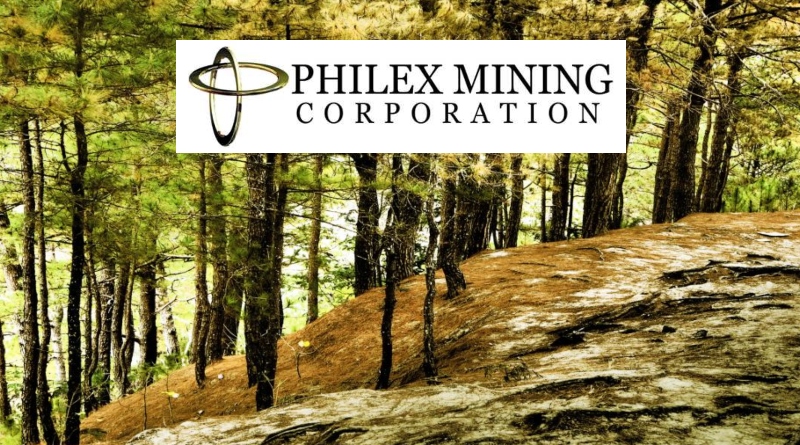 Philex Mining Corporation (PSE: PX) is pleased to announce the completion of a feasibility study and a mineable reserve estimate for the Boyongan deposit in accordance with the Philippine Mineral Reporting Code.

The Boyongan copper-gold porphyry deposits are within MPSA 149-99-XIII owned by Silangan Mindanao Mining Co. Inc. in the Surigao Mineral District at the north-eastern tip of Mindanao Island in the Philippines, approximately 750 km southeast of Manila. SMMCI is a whollyowned subsidiary of Philex.

The Boyongan deposit shows all the characteristics of a copper-gold porphyry deposit, with distinct high grade centers. Mineralogy-wise, it is described as complex, as both oxide minerals and sulfide minerals are interlocked even at depth. Extensive geo-metallurgy evaluation has led to the application of the “catch-all” metallurgical process involving copper flotation, copper leaching and gold leaching in series.

The geotechnical and hydrogeological environments for Boyongan present another challenge in mining. The host rock units surrounding the deposit exhibits poorer quality, which can be gauged by having a Mining Rock Mass Rating in the range of 20-30. This however improves at deeper levels of the deposit. Avoiding some of the poorer rock units were prioritized in the mining plan. The rock supports designed will cater to every geotechnical unit that will be encountered following established mining engineering principles.

Two major aquifers were discovered to affect any mining operation in Boyongan, separated by a mudstone layer called Tugunan formation. The shallower aquifer is called the cover sequence aquifer, this groundwater naturally drains to the stream and river systems in the area. To keep water off the mine, the cover sequence aquifer will be pumped out through surface boreholes. The deeper aquifer is the basement aquifer. To manage water coming from these two major aquifers, a combination of dewatering thru surface boreholes and underground sump-pump systems. The combined water inflow for both aquifers is estimated to be around 550 liters per second. The designed dewatering system has a capacity equivalent to three times the estimated water inflow.

The selection of mining method is limited to underground methods because of the current regulatory environment. Porphyry deposits can most economically be mined using caving techniques. For Boyongan, a sub-level cave mining operation was designed, which has a number of advantages over block cave mining. Access declines will be developed to reach the initial production level after which the development of production drifts and fanhole drilling will be undertaken. When sufficient production drifts have been developed, the fanholes will be blasted. The blasted ore will be hauled by Load-Haul-Dump units and tipped to a raise. The ore from the raise will be collected by mine trucks which will then transport the ore to the processing plant. The mining operation is programmed at 4 Million tons per year.

The run-of-mine ore will be crushed and ground at the surface using mineral sizer and SAG mill. In Year 1-2, only the copper leaching and gold leaching sections will be available. From Year 3 onwards, the copper flotation section will be operational. The processing plant will produce a LME grade (99.999%) copper cathode, gold-silver dore and copper concentrates with gold and silver.

Waste from the processing plant will be stored and managed using a Tailings Storage Facility, which is designed following the ANCOLD standard.

Adequate infrastructures were incorporated in the overall project development including, a jetty port for abnormally large cargoes, power systems to accept power from the grid and distributed throughout the site and administration buildings.

The resulting mineable reserve estimate below is the culmination of the feasibility study undertaken. After applying appropriate modifiers to the mineral resource, the competent persons for this report has delineated 81 Million tons as mineable.