(PHStocks) – SM Investments Corporation (SM) reported a 13.6% growth in consolidated net income of PhP14.17 billion for the first nine months ended 30 September 2011, compared to PhP12.48 billion last year. SM’s consolidated revenues, on the other hand, grew by 13% to PhP140.10 billion, as compared to PhP124.34 billion in 2010. The sustained robust performance of the company’s core businesses was a key driver of SM’s positive results for the period. The company’s balance sheet remains strong with consolidated net debt to equity ratio at 32 to 68.

SM President Mr. Harley T. Sy said, “SM realized its revenue and income growth objectives due to the consistent achievements attained by its subsidiaries. Our strategy is to focus on our core businesses where we have the necessary expertise to continually expand and deliver value for all our stakeholders. We intend to maintain this approach in the last quarter of 2011, which is traditionally our strongest period.”

Among SM’s core businesses, banks contributed the most at 31.3% to the company’s consolidated net income. This was followed by retail and shopping malls with 28.1% and 23.0%, respectively. SM’s real property accounted for 17.6%.

SM Retail reported a net income growth of 12% for the first nine months of 2011 to PhP3.95 billion from PhP3.55 billion last year. Total sales amounted to PhP101.90 billion for a 10% increase over that of last year.

SM Retail has opened 24 new stores so far this year, bringing its total number of stores to 163. To date it has 41 department stores, 32 supermarkets, 58 Savemore branches, 28 hypermarkets, and four Makro outlets. The group intends to open more stores until the end of this year.

Consolidated rental income contributed 85% to total revenues, and grew by 15% to PhP16.45 billion. The increase in revenues came from both the additional space and the growth of same store rental. Cinema ticket sales amounted to PhP2.07 billion, compared to PhP2.04 billion last year.

SM Development Corporation (SMDC) realized a consolidated net income of PhP3.10 billion from January to September 2011, which is 51% higher compared to PhP2.10 billion last year. Consolidated revenues increased 72% to PhP11.85 billion as against PhP6.90 billion in 2010.

As of end-September 2011, SMDC has 16 residential projects. For the rest of 2011, two more new residential condominium projects will be launched. In 2012, SMDC is targeting to launch at least five more new projects.

Meanwhile, at the Pico De Loro Cove of Hamilo Coast in Nasugbu, Batangas, the newly opened Pico Sands Hotel attracted numerous guests during the recent long weekends. Amenities include a beach club, a country club, various restaurants, and water sports facilities, among others. In addition, there are currently four residential condominium projects in Pico De Loro. 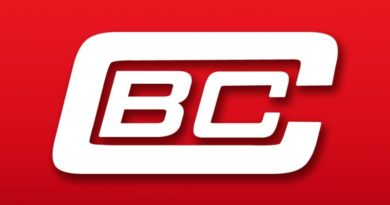