(PHStocks) – San Miguel Corp. (PSE: SMC) reported that its first half EBITDA rose 117% to P40.2 billion on a 168% increase in consolidated revenue to P263.3 billion. Strong performance of its various subsidiaries led by Petron Corp. (PSE: PCOR), San Miguel Global Power, the holding company for its power business, and Meralco fueled the diversifying conglomerate’s total revenue and profit growth for the period.

Consolidated operating income was up 136% to P31.5 billion while consolidated net income jumped 72% to P10.8 billion.

“We are continuously benefitting from our strategic shift to high-growth businesses. We are confident we can bring in more value to our shareholders from the company’s ongoing diversification,” Eduardo M. Cojuangco, Jr. San Miguel Chairman and Chief Executive Officer, said.

San Miguel’s energy arm reported a 72% jump in consolidated operating income for the first half to P7.7 billion.

Petron, on the other hand, reported equally robust first half results, bolstered by strong sales of higher-margin petrochemical products along with an increase in export volumes. Sales revenue reached P134.9 billion, up 17% from previous year. Operating income grew 62% to P10.8 billion while net income stood at P6 billion.

Higher beer volumes in both domestic and international markets together with effective sales initiatives boosted San Miguel Brewery’s financial results in the first half with consolidated revenue growing by 7% to P35.6 billion and operating income edging up by 8% to P10.2 billion.

San Miguel Pure Foods Group, benefiting from higher volumes and improved selling prices, reported first semester consolidated revenue of P42.3 billion, up 11% from 2010. Operating income was up by 8% to P3 billion as a result of continuous cost reduction programs and efficiency improvements which cushioned the effects of rising raw material costs.

Despite a similar spike in cost of raw materials and competitive pricing in the export market, San Miguel Yamamura still managed to grow revenues by 4% in the first half to P12 billion driven by the strong performance of its glass and paper businesses and higher export sales from its Australian business. Operating income was up 1% to P1.07 billion. 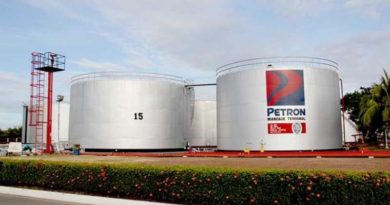 Petron Refinery Upgrade to Cost $1 B