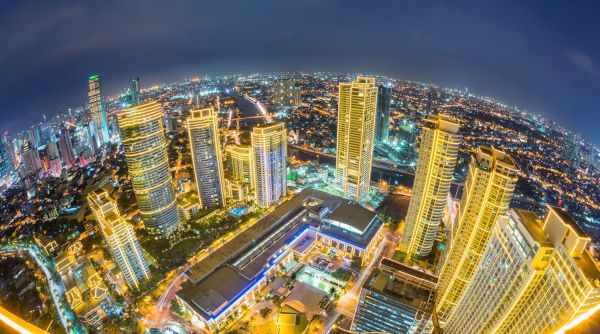 Rockwell Land Corp. (PSE: ROCK) posted a net income of PhP719 million in the first quarter of 2019, up by 40% from PhP514 million reported in the same period last year. Driven by the solid performance of its residential development and expansion of its commercial leasing business, the company’s consolidated revenues reached PhP3.5 billion in the first quarter of the year, 5% higher than the PhP3.3 billion reported in Q1 2018. Total EBITDA grew by 29% to PhP1.2 billion and registered an EBITDA margin of 34% to total revenues, which is also higher compared to last year’s 28%.

The residential development reflected a sustained performance and generated PhP2.9 billion, contributing 82% to the total revenues for the period from the good sales performance of Proscenium and 32 Sanson projects. EBITDA from this segment grew by 26% to PhP702 million from last year’s PhP557 million. Also contributing to the company’s continuous growth is the commercial leasing business which includes retail and office operations. This to total revenues. This is mainly driven by higher occupancy of the Power Plant Mall Expansion, Rockwell Business Center – Sheridan and Santolan Town Plaza. EBITDA amounted to PhP465 million, higher by 35% from the same period last year. Revenues from hotel operations amounted to PhP64 million and contributed 2% to total revenues.

Rockwell Land spent a total of PhP2.6 billion for project and capital expenditures for the first three months of 2019. Bulk of the expenditures pertained to development costs, primarily that of Proscenium.

In 2018, the residential segment launched the second tower of our Katipunan project, The Arton by Rockwell and Phase 1 of Aruga Resort and Residences – Mactan in Cebu. We witnessed strong reservation sales from these two major projects in 2019. Last year, the company also handed over the first two towers of Proscenium, Kirov and Sakura, which received strong positive feedback from unit buyers. Pioneering the Rockwell horizontal community in Lipa Batangas, the company launched Terreno South catering to the middle-market.

Rockwell Land’s Commercial leasing segment remains robust as it ramps up the occupancy of the Power Plant Mall Expansion, RBC Sheridan and Santolan Town Plaza. The mall expansion added an additional 5,000 sqm in leasable area and houses flagship stores and other foreign brands, a new dining experience at The Grid Food Hall and the events hall, The Fifth at Rockwell. Outside Rockwell Center, RBC Sheridan and Santolan Town Plaza added 47,000 sqm and 20,000 sqm in leasable area, respectively.