Consolidated revenues managed to hold largely due to the remarkable growth of 29% in its subsidiary’s PRYCEGAS brand liquefied petroleum gas (LPG) sales volume from 113,000 metric tons (MT) in 2014 to 146,000 MT in 2015. This volume surge parried the negative effects of the continued fall in the world price of LPG and the absence of non-recurring income from real estate sales. LPG sales alone accounted for about 90.3% of total revenues in 2015. Real estate sales and other operations generated revenues of PhP232 million in 2015.

The jump in consolidated operating income by 146.1% from PhP362 million in 2014 to PhP890.8 million in 2015 is largely the result of the widening of gross margins from LPG from 13.1% in 2014 to 24.1% in 2015. Additionally, it is also the result of the notable reduction in operating expenses despite the increase in volume handled, an indication of increased productivity and/or greater efficiency in the company’s operations.

2015 was a banner year for Pryce, especially for its subsidiary, Pryce Gases Inc. Performance in 2016 is expected to result in substantial increases in revenue as the company starts to reap the benefits from the infrastructure and logistics expansion projects put in place in 2013 to 2015. 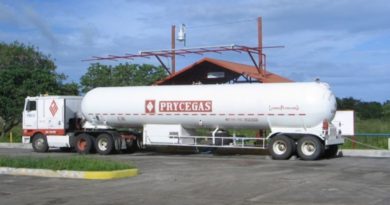