Manila—(PHStocks)—The country’s employment rate in April 2017 was estimated at 94.3 percent, according to data released by the Philippine Statistics Authority (PSA). In April 2016, the employment rate was 93.9 percent. 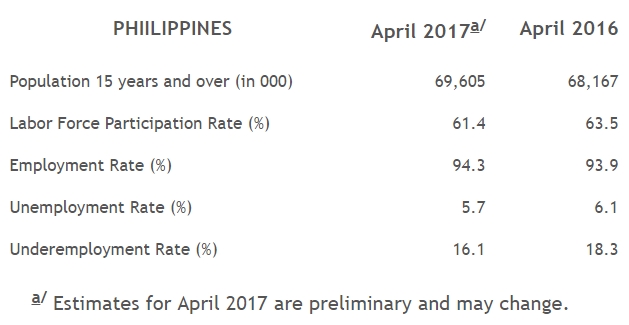 PH Inflation Eased to 2.8% in June