On the balance sheet side, loans and other receivables increased by 13.4% to PhP47.3 billion from PhP41.7 billion at the end of 2015. Trading and investment securities decreased by 80.2% to PhP1.8 billion as the Bank capitalized on favorable trading opportunities during the third quarter.

“The treasury business remains a key contributor to PBB’s profitability and overall performance, even as the Bank continues to strengthen its economic moat in the lending business. The strategic repositioning of our asset mix in the third quarter allows the Bank to further capitalize on the movements in the global treasury market and expand its lending business to service the financing needs of our clients. We are confident that we could improve the Bank’s core income through the changes we’ve implemented to streamline our account management units and support functions. We expect to end the year strong,” said Roland Avante, President and Chief Executive Officer of PBB.

During the first half of 2016, PBB re-engineered its loan origination organization and credit management processes. PBB revamped its lending units to be more customer-centric and to realize efficiencies in the internal processes with regard to loan origination initiatives. In addition, PBB augmented its credit management team in the first half to allow the Bank to handle larger business volumes.

“The benefits of PBB’s continuing thrust to expand its nationwide presence are starting to materialize as loan drawdowns from both new and long-term clients have started to increase. While the lending business expanded during the quarter, our core income for the first nine months was affected by expenditures related to the branch expansion. The enlarged coverage area means we also need to invest in our personnel, from the client-facing frontliners to the support functions who ensure our operations run seamlessly,” said Avante. “At the end of the second quarter of 2016, I said we were expecting considerable growth starting in the second half of 2016 and that our revamped loan origination units should be able to generate better volumes moving forward. Today, I am happy to report that in one quarter alone, our loans and receivables increased by almost 5.0 billion pesos, from around 42.5 billion to 47.3 billion at the end of September.”

PBB has a total of 139 branches and an additional 12 branches from acquisitions, resulting in a consolidated branch network of 151 branches nationwide. PBB is the financial services arm of the Yao Group of Companies, a leading conglomerate in South East Asia with business interests in beverage, power, real estate, tourism, and aviation. 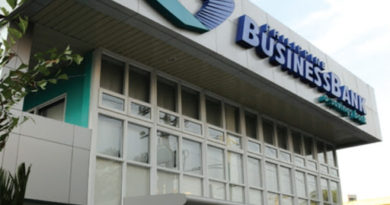