Due to lower prices, the estimated value of shipments for the nine months ended September 30, 2015 amounted to PhP12.3 billion, 40% lower compared to PhP20.5 billion reported in the same period last year.

The estimated realized nickel price on 10.34 million WMT of direct exports of ore in the first nine months of the year averaged $22.65 per WMT, considerably lower than the average of $46.85 per WMT realized during the same period last year. It will be recalled that there was a surge in ore prices last year due to the expectation of supply tightness resulting from the effects of the Indonesian export ore ban. The tightness, however, did not materialize due to increase in supplies from other sources besides China nickel pig iron and weaker than expected global demand.

“The slowdown in China and lackluster world economic growth has led to high metal inventories, which has in turn taken quite a toll on commodity prices in general,” said Gerard H. Brimo, president and CEO of the company. “We however continue to feel that the bottom has been reached for nickel prices and now see a gradual withdrawal of metal from the LME warehouses. It bears mentioning that at current prices, about 60% of producers are operating at a loss, a situation unseen in many years.”

Emerging Power Inc. (EPI), the company’s 66%-owned renewable energy subsidiary, has commenced construction of its PhP7.7 billion 100MW solar facility at the Subic Bay Freeport Zone. EPI expects 60MW of capacity to go on stream prior to March 15, 2016, allowing the project to avail of the applicable solar feedin tariff rate.

With respect to EPI’s 40MW Montelago geothermal project, Iceland Drilling Corp. (IDC) successfully mobilized and assembled its drilling rig and expects to commence drilling work this week. Further, on September 29, 2015, EPI formally awarded the EPC to the Spanish-Italian consortium of TSK/Turboden. TSK is one of the most relevant EPC companies in conventional and renewable energy projects worldwide while Turboden, a group company of Mitsubishi Heavy Industries, is focused on the development of geothermal Organic Rankine Cycle power plants worldwide. 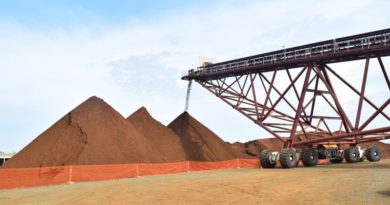