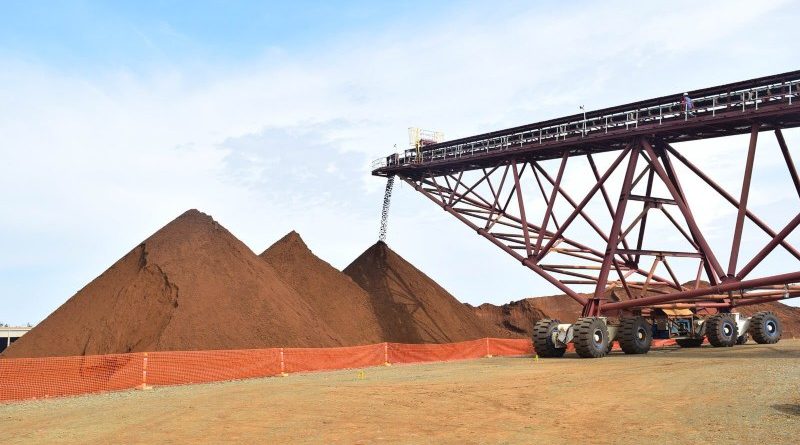 The lower earnings during the first six-months of the year was due primarily to the impact of the strict quarantine implemented during the months of April and parts of May, thereby affecting ore shipments at three of the Company’s four operating mines. The operations affected during the said period were the Taganito, Cagdianao and Hinatuan mines. As a result, total revenues fell by 11% to P6.64 billion in the first half of the year from P7.51 billion during the same period last year.

As of the first six months of the year, the Company sold an aggregate 7.29 million wet metric tons (WMT) of nickel ore as against 9.07 million WMT in the previous year. Limonite ore deliveries to the two processing plants, which accounted for 55% of total shipment volumes, were slightly lower at 4.01 million WMT compared to 4.41 million WMT last year. On the other hand, ore export shipments incurred a bigger decline, falling by 30% to 3.28 million WMT from 4.67 million WMT last year.

In terms of price, the company realized an average of $5.69 per pound of payable nickel on its shipments of ore to the two HPAL plants, the pricing of which are linked to the LME. This compares to an average price of $5.56 per pound of payable nickel sold in 2019. With respect to export sales, the company realized a higher average price of $25.44 per WMT compared to $20.97 per WMT in the prior year. A strong recovery in ore export prices was expected following the Indonesian ore export ban which took effect on January 1st this year. On a combined basis, the average price received for sales of both ore exports and ore deliveries to the two plants in 2020 was $15.68 per WMT compared to $14.39 in 2019.

“Amidst the challenging times brought about by the unprecedented threat of COVID-19, the dedication and perseverance of our officers, staff and rank-and-file to continue operations safely and in accordance with government mandated protocols have been exemplary, and we thank them for their efforts. We also thank them for their efforts to ensure that our communities are safe and secure from this virus and to reach out and assist everyone, especially the most severely affected,” said Martin Antonio G. Zamora, President and CEO of the Company.

“Despite the shortfall in our shipments during the first half, we are cautiously optimistic that shipment volumes for the year will be close to the levels we had in 2019. Moreover, we are also seeing a nice recovery in both the LME price and ore export prices,” Zamora added.

Finally, upon conducting a review of the company’s cash reserves, the Board of Directors approved the declaration of special cash dividends of P0.22 per common share payable on September 4, 2020 to shareholders of record on August 24, 2020.