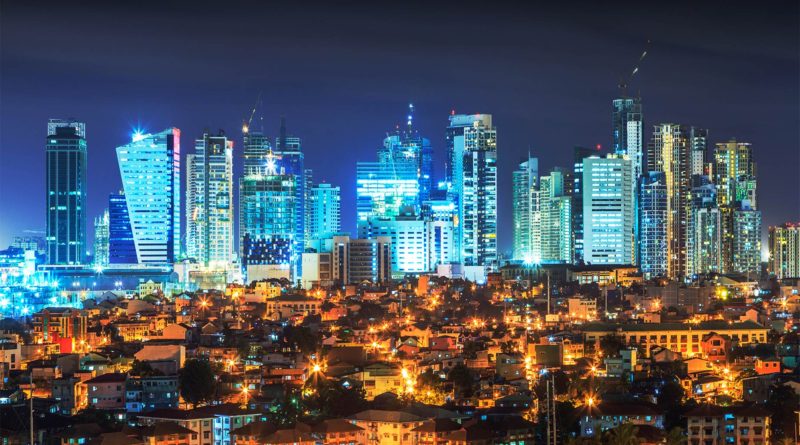 Consolidated reported net income attributable to owners of the parent company rose 7% to PhP14.1 billion in 2018. Non-recurring expense amounted to PhP930 million primarily due to the net effect of a weaker peso, project write-downs, loan refinancing and provisions for asset impairment, compared with non-recurring expenses of PhP953 million in 2017.

“Our earnings growth reflects meaningful volume increases for all our businesses, supported by years of high investment and our continuing emphasis on operational efficiencies,” said Jose Ma. K. Lim, President and Chief Executive Officer of MPIC. “Your Board of Directors today declared a final dividend for 2018 of 7.6 centavos per share, unchanged from a year ago, which brings the payout ratio to 23% of Core Income per share. While earnings are up for the 10th consecutive year, we are compelled to hold our dividend unchanged in the face of big increases in our capital commitments over the next few years.”

Pointing to MPIC’s ambitious investment program in the years ahead, Lim said, “Our borrowing costs are rising principally because of such significant investment plans, and it may take some time before our new road, water, energy and logistics projects are completed and able to make a contribution to earnings. The timing mismatch between investment and profits may influence our near-term profit outlook – which we are addressing.”

Progress on long-running differences with regulators over tariffs is helping MPIC’s bottom line. In water, following a constructive and professional rate rebasing, the company was awarded a 16.2% tariff increase – excluding inflation – to be implemented on a staggered basis. The MWSS also approved a 5.7% inflation-linked tariff increase on January 1, 2019. All this is good news, but unfortunately, the rebasing didn’t address the corporate income tax recovery issue inherited from the previous Administration, which the company continues to pursue.

Turning to toll roads, Lim said, “We are awaiting notice to publish new toll rates which address part of our pending tariff issues, albeit also on a staggered basis. This will coincide with our official opening of the new Harbour Link extension of the NLEX which took place on February 28, 2019. While we still have further to go before fully resolving our toll rate issues, the progress to date is encouraging.”

Looking ahead, MPIC’s Lim said, “I expect continued strong volume growth for 2019. While additional financing costs will slow down profit growth, it is early in the year to gauge how our operating companies are likely to perform, thus for now we are not able to give an earnings guidance for 2019.”

MPIC’s power business contributed PhP10.8 billion to core net income in 2018, an increase of 15% driven by the June 2017 purchase of the last 25% in Beacon Electric not already owned by MPIC and good results at MERALCO which more than offset a decline at Global Business Power Corp. (Global Power).

MERALCO’s core net income for 2018 rose 11% to PhP22.4 billion, driven by a 5% increase in energy sales, slightly lower tariffs, and a reversal of provisions following the adoption of a new accounting standard.

Energy sales rose across all customer classes. Residential growth was driven by expansion in the south section of MERALCO’s franchise while the commercial sector grew on continued expansion of the real estate, retail trade, and hotel sectors, with Industrial sector growth rooted in the healthy performance of the semiconductor, food & beverage, and rubber and plastics industries.

MERALCO spent PhP13.7 billion on capital expenditures in 2018 to address critical loading of existing facilities and to support growth in demand and customer connections.

Global Power sold 4,822 GWH in 2018, an increase of 8% from a year earlier. However, core net income for 2018 declined 15% to PhP2.5 billion due to depreciation and interest costs for Panay Energy Development Corp.’s 150 MW plant from June 1, 2018 onwards and lower margins from WESM sales due to higher coal and fuel costs.

Alsons Thermal Energy Corp., in which Global Power has a 50% interest, is on track to commence operation of its second 105 MW (80 MW contracted) expansion plant in Maasim, Saranggani by the second half of this year.

Tollroads in the Philippines

Traffic rose 7% on the NLEX and surged by 15% on the SCTEX following integration of these two roads and the opening of additional lanes in 2017. Traffic on the CAVITEX rose 5% driven by growth in residential communities in Cavite and tourism in Batangas.

MPTC expects to spend approximately PhP104.3 billion on road projects over the next five years, although this figure could rise by a further PhP25 billion if MPTC were to secure the Cavite-Tagaytay-Batangas Expressway for which it was recently awarded Original Proponent status.

The estimates for planned road investments assume satisfactory resolution of various overdue tariff adjustments, now ranging between 20% and 48% on different parts of the network, without which further investment will be delayed. MPTC is waiting for notice to publish increased toll rates for NLEX coinciding with the opening of the NLEX Harbour Link and implemented on a staggered basis. Full implementation of overdue tariff adjustments on all roads has yet to be agreed.

Tollroads outside the Philippines

DMT in Bangkok reported a 2% increase in daily traffic to 99,479 in 2018. In Vietnam, CII B&R saw a decline in vehicle entries to 33,007 due to the end of the concession for the Rach Chiec Bridge. Traffic is expected to improve again by approximately 32,000 with the opening of part of the Hanoi Highway Expansion later in 2019.

Nusantara’s traffic in Indonesia averaged at 306,085 vehicle entries per day in 2018. In July of 2018, MPTC increased its interest in Nusantara from 48.3% to 53.3% on a fully diluted basis. This step-up acquisition triggered the need for a General Offer which further increased MPTC’s ownership of Nusantara to 77.9%.

MPIC’s water business comprises investments in Maynilad, the biggest water utility in the Philippines, and MetroPac Water Investments Corp. (MPW), focused on building new water businesses outside Metro Manila. The water segment’s contribution to core net income amounted to PhP3.8 billion in 2018, most of it from Maynilad.

In September 2018, MWSS approved Maynilad’s Rebasing adjustment for the Fifth Rate Rebasing Period (2018 to 2022) of PhP5.73 per cubic meter which will be implemented on a staggered basis over four years.

However, the matter of Maynilad’s tariffs for the entire 2013-2017 five-year Business Plan period and two related arbitration awards in its favor, remain unresolved. In summary:

Maynilad is striving to meet its service obligations but financing these requires resolution of the remaining claim and tax recovery matters.

Capital expenditure stood at PhP11.9 billion in 2018, much of it directed to upgrading and building reservoirs and pumping stations, laying primary pipelines, and constructing wastewater facilities to improve public health.

Outside the Maynilad concession which currently bills 1,444 million liters per day (MLD), MPW currently bills 253 MLD. MPW is expanding MPIC’s water investment portfolio with up to 393 MLD of installed capacity in the Philippines and 660 MLD in Vietnam, when these projects are completed. A further 430 MLD of projects around the Philippines are under negotiation and awaiting final award.

MPW’s contribution to MPIC is currently immaterial but as these new projects are completed, it is expected to become a major profit contributor.

Metro Pacific Hospital Holdings Inc. (MPHHI) reported a 14% rise in aggregate revenues in 2018 on the strength of an 8% increase in out-patient visits to 3,323,104 and 11% growth in in-patient admissions to 193,824. Investments made in Jesus Delgado Memorial Hospital in Quezon City and St. Elizabeth Hospital in General Santos City in 2017 contributed significantly to this improvement.

MPHHI is rolling out improved patient care across its network of hospitals and establishing new service centers in the communities it serves. This is bringing new patients to our network, but startup costs for some of these new programs restrained growth in Core Income to 15%.

As at December 31, 2018, LRMC had successfully restored 35 Light Rail Vehicles (LRVs), bringing the total available LRVs to 112 from the 77 it inherited in 2015. The resulting surge in available capacity has reduced passenger waiting time to 3.45 minutes during peak hours from more than five minutes when LRMC took over.

The majority of the PhP750 million Station Improvement Project has been substantially completed with remaining work expected to be finished by mid-2019. LRMC is currently undertaking pre-construction preparations for the LRT-1 Cavite Extension. On-site construction works will begin this year but long-overdue tariff increases must be resolved to make this financeable.

Metropac Movers Inc. (MMI) is now an established force in the Philippine logistics sector. Average warehouse dispatch for 2018 rose 3% to over 60.2 million cases from 58.7 million cases last year. The focus of this business is to provide our clients with first-class transportation, warehousing and order fulfillment as we broaden our service offering to include cross docking and freight forwarding.

MMI has acquired over 400,000 square meters of land in Cavite and Bulacan for developing into covered warehouse space to be utilized by MMI to build the leading logistics firm in the Philippines.

MMI is not yet contributing to MPIC’s core net income as our focus has been on getting established and building a best-in-class customer service platform and culture.

“We are pleased with the performance of MPIC companies for 2018,” said MPIC Chairman Manuel V. Pangilinan. “We are seeing partial resolution of some of our long-pending tariff issues. That’s the good news. Regrettably, the shape of the resolution in the form of staggered tariff increases and concession extensions does not provide sufficient immediate cash flows to cover the upfront financing costs of our current expansion program.”

He concluded, “Continuing strong demand for the services we provide, against a backdrop of steady economic growth, underpins our optimism for 2019—albeit it is too early to give earnings guidance for the year. Our focus over the medium term is to build out the many new infrastructure assets we are working on in roads, water, light rail, energy and logistics in order to deliver value to our shareholders. The opening of our NLEX Harbour Link on February 28, 2019 is the most recent example of this commitment.”