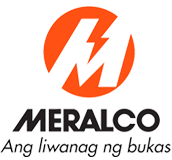 Consolidated revenues, which substantially represent electricity sales, rose by 7% to PhP256.8 billion for 2011, with consolidated electric revenue increasing by 6% to PhP254 billion. The higher revenue is attributable to the increase in volume of 1% over the record 2010 level, higher transmission charge and slightly higher distribution rate. The impact of higher transmission and distribution charges was offset by the significantly lower system loss charge to the consumers. The overall average retail rate for 2011 was PhP9.14 per kWh, PhP0.19 or 2% higher compared with that in 2010, largely due to the lower pass-through generation charges as the Sta. Rita and San Lorenzo gas-fired plants of First Gas Corporation (First Gas) continued to be MERALCO’s cheapest source of supply. Pass-through charges account for 81% of total electricity revenue, with generation charges representing 62%, transmission accounting for 13% and system loss at 6%. Distribution revenues, excluding billings for lifeline and inter-class subsidy underrecoveries, comprise 19% of the total. The average blended purchased power cost for 2011 was at PhP6.23 or 2% lower than 2010.  The volume of energy purchased under long-term power supply contracts with Independent Power Producers (IPPs), First Gas and Quezon Power (Philippines) Limited Co. (QPPL), represent 48% of MERALCO’s Net Systems Input. Purchases from the National Power Corporation successor generating companies and IPP Administrators account for 45%, while the balance was sourced from the Wholesale Electricity Spot Market (WESM) and other IPPs. The average WESM charge in 2011 was at PhP9.70, 2% higher compared with 2010. Non-electric revenue (excluding revenues from the real estate business) increased by 52% due to the completion of a major specialty engineering services contract of Meralco Industrial Engineering Services Corporation (MIESCOR) and increased third party billers handled by CIS Bayad Center, Inc. All subsidiaries collectively contributed 2% to the Consolidated Core Net Income of the Company, the highest contribution of the subsidiaries ever in the last five years.

Consolidated Core EBITDA was higher at PhP26.8 billion, equivalent to a Core EBITDA margin of 10% on consolidated revenues. Consolidated capital expenditures for 2011 amounted to PhP8.7 billion. A substantial portion or 89% of this went to electric capital projects, which included the development of the new Calamba Substation; expansion of the Legaspi, Tegen and Diliman Substations; construction of new Balintawak-Sta. Mesa and Urdaneta – Fort Bonifacio Global City 115kV sub-transmission lines and; replacement of old power transformers in Novaliches, Tegen, Meycauayan and Dasmariñas substations.  Several residual projects to further strengthen the distribution networks were also completed. Free cash at the end of 2011 amounted to PhP26.1 billion, while total cash and cash equivalents stood at PhP44.1 billion, inclusive of PhP25.8 billion of customer deposits. Liquidity and debt-management efforts have contributed visible improvements to the Company’s bottom line. Average financing rates for 2011 were at 5.6%, reflecting approximately 150 basis points reduction each year since 2009. As at December 31, 2011, total financing expense amounted to PhP1.3 billion, 37% lower than 2010. Consolidated debt balance as of the end of 2011 amounted to PhP24.4 billion. Gross Debt to EBITDA stood at 1.05x. On a Net Debt basis, MERALCO’s position remains negative. Total principal debt repayments and refunds, inclusive of financial charges, amounted to PhP7.2 billion on a consolidated basis. The Company’s debts are principally denominated in Philippine peso with maturities comfortably spread out up to 2022 and none of these maturities exceed PhP5 billion in any given year. Of the consolidated debt balance of PhP24.4 billion, current maturities amounted to PhP2.7 billion. In today’s meeting, the Board of Directors (Board) approved cash dividends of PhP4.10 a share to shareholders of record as at March 23, 2012, payable on April 23, 2012. The cash dividend of PhP4.10 a share which includes a look-back dividend per share of PhP2.65 a share, brings total cash pay-out to 70% of the Company’s 2011 Consolidated Core Net Income. Cash dividend payout is 43% higher compared with 2010. Additionally, the Board also declared its entire common shareholdings in Rockwell Land Corporation as property dividend, to shareholders of record as at the same date, payable five days after the approval by the Securities and Exchange Commission of such property dividend.

“Electricity has always been a critical element in the growth of a nation, the health of its economy and the quality of life of people. MERALCO has throughout its 109-year history endeavored to ensure that its people are always there to deliver quality service against all odds. Management has raised the bar of service to its highest ever. Even though MERALCO receives only a fraction of the total power cost, it is also taking a more focused and aggressive role in addressing total power cost and affordability issues by engaging and mobilizing the entire power supply chain, from generation to transmission and distribution, down to the customers, to help contain power cost and consumer spend. This will require the support of all sectors. MERALCO is committed to play its role,” said Ambassador Manuel M. Lopez, Chairman. 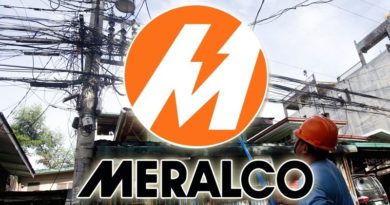 Meralco 1H2019 Financial and Operating Results with Comparatives vs 2018