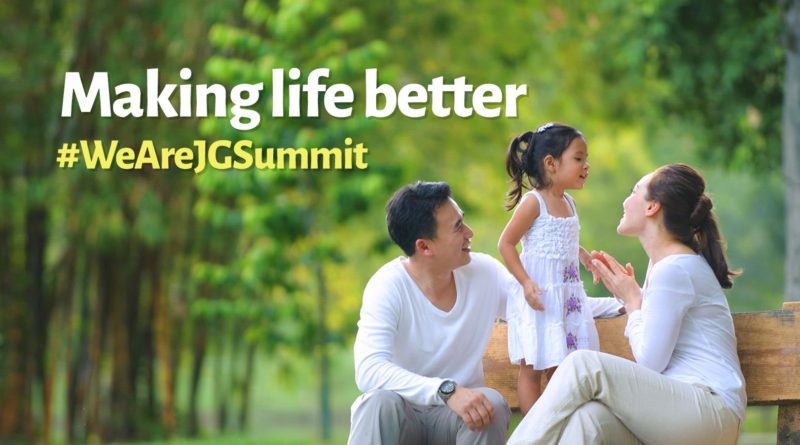 In terms of profitability, JGS’ core net income after taxes for the period amounted to PhP22.4 billion, or 24% lower compared with the same period last year. The decline was mainly attributable to the exposure of its cyclical businesses, namely CEB and Petrochem, and food business, URC, to higher fuel and input costs, as well as the weaker peso. In addition, the group incurred higher financing cost on the back of CEB’s fleet expansion and higher Petrochem trust receipts. Consolidated net income fell further to PhP19.2 billion as the company booked market valuation losses on financial assets and derivative instruments and foreign exchange (forex) losses amounting to PhP1 billion and PhP2.9 billion, respectively.

JGS continues to have a healthy balance sheet to support investments while meeting financial obligations with a consolidated gearing ratio of 0.67 and net debt-to-equity of 0.53 as of end-December 2018.

“We may say that the group braved a perfect storm in 2018. Our cyclical and food businesses were challenged by high inflation and fuel prices, weaker peso, as well as intense competitive dynamics. We are more optimistic in 2019, but we would remain vigilant of various risks and continue strengthening our diverse strategic business units to ensure balanced sources of profitability,” JG Summit President and CEO Lance Y. Gokongwei said. “We will also carry on our key initiatives in the areas of customer centricity to drive growth, a more active portfolio management to strengthen our core, digital transformation and sustainability.”

Full year revenues grew 2% to PhP127.8 billion on the back of higher average selling prices and volumes of Agro-Industrial and Commodities’ Sugar and Flour divisions, strong recovery of Branded Consumer Foods (BCF) Vietnam, and the consistent performance of BCF Australia. These were pulled down by lower coffee volumes in the Philippines given the lingering intense competition.

On the other hand, net income decreased by 15% year-on-year (YoY) to PhP9.2 billion due to the aforementioned volume decline and higher selling and distribution costs in BCF Philippines; higher input costs in Flour and Feeds divisions; higher operating expenses and lower selling price in Farms division; and net forex loss from the peso devaluation.

2018 was a record-year for the company as it has sustained its double-digit growth for the period. This was further augmented by the income it recognized from the sale of land to its joint venture with Shang Properties Inc. (PSE: SHNG).

Revenues grew by 31% to PhP29.5 billion driven by strong growth across all divisions: (1) Malls had robust same mall rental revenue growth coupled with contribution from the newly-opened malls, and cinema box office receipts; (2) Offices sustained its solid performance on the back of rent escalation and new developments; (3) Residential’s remarkable results were attributable to the successful reorganization, improved product development, influx of demand from overseas buyers and new project launches; (4) Infrastructure and Integrated Development’s significant growth was mainly due to the sale of commercial lots.

Amidst the intense competition from local players, revenues remained robust as it increased by 9% YoY to PhP74.1 billion. Passenger, cargo and ancillary grew 9%, 19% and 6%, respectively because of higher yields and volumes.

Conversely, core net income after taxes declined by 33% to PhP5.9 billion given the rise in jet fuel cost, weaker peso, higher interest rates, as well as the Boracay and airport runway closures. Despite these, CEB’s operations remained solid. The company has managed to reduce fuel consumption through various fuel saving initiatives and we expect to further reduce this with the arrival of Airbus NEOs. CEB has also begun creating natural hedges as part of its forex risk management programs.

Sales for the year were PhP42.4 billion, a flattish performance compared with the same period last year, as higher average selling prices of most of its products were offset by lower volumes of pyrolysis gas (pygas) and polymers. There were production issues in 2018 that resulted in lower utilization rates. Furthermore, the company saw weaker demand towards the latter part of the year when oil prices began to fall as customers waited in the sidelines, anticipating further drop in prices.

Gross margins across all products have also tapered off given the rise in naphtha feedstock costs while the downstream pricing was slow to follow suit. In addition, the lower benzene prices in the market which affect the valuation of pygas has also led to negative margins for the product. With these, EBITDA amounted to PhP3.4 billion, a 59% drop YoY. Net income further declined to PhP1.1 billion due to higher interest expense from trust receipts.

RBank posted revenues of PhP6.1 billion for the year, a 37% increase YoY, driven by higher interest income from loans. The bank’s loan book expanded by 18% YoY, primarily led by the growth in the consumer portfolio. On the other hand, net interest margins slightly contracted as deposit costs rose faster than loan yields. With this and the expansion-driven increase in operating expenses, net income grew by 3% to PhpP318 million.

Full year equity in net earnings of associated companies and joint ventures increased by 3% YoY to PhP10.2 billion. This was mainly driven by the 18% YoY growth in JGS’ equity earnings from Meralco for the period. Note that JGS acquired additional 2.4% stake in Meralco in June 2017. This higher contribution was largely offset by decline in United Industrial Corp.’s sales of trading properties as its development projects were completed and substantially sold in 2017, and Global Business Power’s plant shutdowns in 3Q18.

The group’s balance sheet remains healthy. Consolidated gearing ratio and net-debt-to-equity were stable at 0.67 and 0.53, respectively. At the parent level, cash amounted to PhP15.9 billion while net debt stood at PhP77.6 billion as of end-December 2018.