Atencio has been the President and CEO of 8990 Holdings Inc. (PSE: HOUSE) and its eleven (11) other real estate subsidiaries. He was also the founder of the Center for Housing Advocacy and Independent Synergies (CHAIRS), and has likewise been a Private Sector Representative of the Housing and Urban Development Coordinating Council (HUDCC) from 2011 up to 2016.

Atencio has been also the Founder of and Chairman of Original Pitch Venture Capital, as well as the Chairman of Stoken STKD, Inc. He has also been a director in several other companies, like TOMIZON, PTE Australia; The Global Filipino Investor Inc; Acudeen Inc.; SociaLITE Inc.; Pilipinas Water Inc.; and BP Water Works Inc.

Likewise, Atencio has been involved in personal affiliations such as being the National Board Advisor of the Organization of Socialized Housing Developers of the Philippines (OSHDP) since 2009. He also became National President and Chairman of the Subdivision and Housing Developers Association (SHDA) from 2002 up to 2004. He was also the Founder and Chapter Advisor of the SHDA Central Visayas.

IDC is a dynamic Italian-Filipino company focused in sustainable property design and development in emerging cities across the Philippines. Learn more at www.italpinas.com. 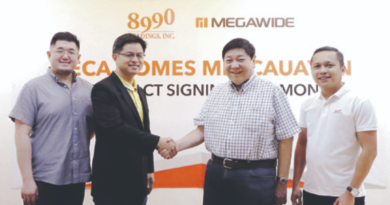