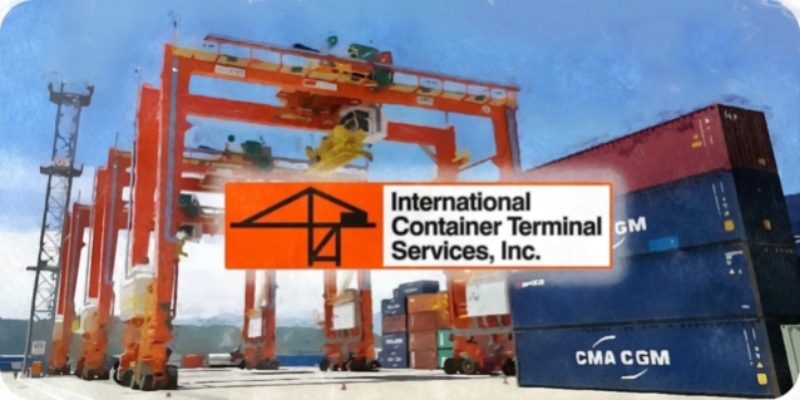 International Container Terminal Services Inc. (ICTSI, PSE: ICT) has reported unaudited consolidated financial results for the first half of 2020, posting revenue from port operations of $724.3 million, a decrease of 4% from the $751.8 million reported for the same period last year; EBITDA of $416.4 million, 2% lower than the $424.4 million generated in the first half of 2019; and net income attributable to equity holders of $113.4 million, 12% less than the $128.5 million earned in the same period last year due to lower operating income, increase in interest on concession rights payable and COVID-19 related expenses. The results were partially tapered by a reduction in net loss at its greenfield terminal in Melbourne, Australia and lower equity in net loss of joint ventures.

Equity in net loss of joint ventures decreased by 22% to $9.7 million in the first half of 2020 from $12.4 million for the same period in 2019 mainly due to the decrease in the company’s share in net loss at Sociedad Puerto Industrial Aguadulce S.A. (SPIA), its joint venture container terminal project with PSA International Pte Ltd. (PSA) in Buenaventura, Colombia. Diluted earnings per share was 10% lower at $0.043 from $0.048 in the first half of 2019.

ICTSI handled consolidated volume of 4,799,765 twenty-foot equivalent units (TEUs) for the first six months of 2020, 5% less than the 5,041,916 TEUs handled in the same period in 2019. The decrease in volume was primarily due to the decline in trade activities which resulted from the impact of the COVID-19 pandemic on global trade and lockdown restrictions. Excluding the contribution of the new terminal in Rio de Janeiro, Brazil, ICTSI Rio, consolidated organic volume would have decreased 6% in the first half of 2020. For the quarter ended June 30, 2020, total consolidated throughput was 11% lower at 2,290,779 TEUs compared to 2,563,244 TEUs in 2019.

Gross revenues from port operations for the first six months of 2020 decreased by 4% to $724.3 million from the $751.8 million reported in the same period in 2019 as trade activities declined due to the impact of the COVID-19 pandemic and lockdown restrictions; partially tapered by the contribution of ICTSI Rio; tariff adjustments and new services at certain terminals. Excluding contribution of ICTSI Rio, consolidated organic gross revenues would have decreased by 6% in the first half of 2020. For the second quarter of 2020, gross revenues decreased 5% from $368 million to $348.5 million.

Consolidated EBITDA decreased 2% to $416.4 million for the first six months of 2020 from $424.4 million in 2019 primarily due to lower operating revenues; tapered by lower cash operating expenses resulting from continuous cost reduction and optimization measures, and positive contribution of the new terminal, ICTSI Rio. EBITDA margin, on the other hand, increased to 57% in the first half of 2020 from 56% the previous year.

Consolidated financing charges and other expenses for the first half of 2020 increased 14% from $59.6 million in 2019 to $67.7 million in 2020 primarily due to COVID19-related expenses and the absence of capitalized borrowing cost related to the Phase 2 expansion project in Basra, Iraq in 2019.

Capital expenditures, excluding capitalized borrowing costs, for the six months ended June 30, 2020 amounted to $91.2 million. The capital expenditures for the first half of 2020 were mainly for the ongoing expansions at Manila International Container Terminal (MICT) in Manila, Philippines; Contecon Manzanillo S.A. (CMSA) in Mexico; and ICTSI DR Congo (IDRC) in Matadi, Democratic Republic of Congo. Amid the ongoing impact of the COVID-19 pandemic on global trade, the Group has reduced its capital expenditure plan for the year to approximately $160 million, which will be utilized mainly to complete the ongoing expansion projects.

PH Stocks End First Trading Day of 2014 in the Green