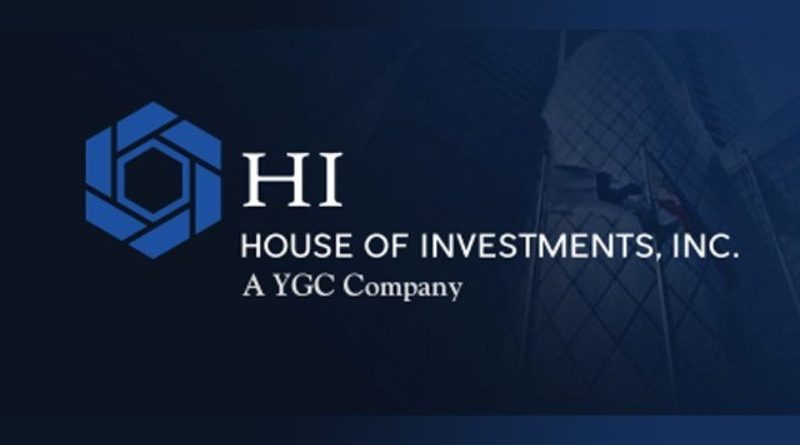 In a disclosure after its annual stockholder’s meeting and organizational meeting, the Board of Directors of House of Investments Inc. (PSE:HI) officially announced the appointment of Lorenzo V. Tan as its new President and Chief Executive Officer.

A highly respected executive in the banking and financial industry, Mr. Lorenzo V. Tan is known for being “Mr. Turnaround,” a reputation he gained after successfully improving the performance of every organization that he has led. Notably, he became the youngest president of a universal bank in the Philippines at the age of 37, an unprecedented moment for the industry.

Tan graduated from De La Salle University with a Bachelor of Science degree in Accounting and Commerce and earned his MBA from the Kellogg Graduate School of Management, Northwestern University. He is a CPA both in the Philippines and in the USA. He started his banking career at Citibank New York, Los Angeles and Singapore.

Prior to this official appointment, Tan served as Managing Director in Primeiro Partners, a leading independent investment bank focused on the Asia-Pacific Region. He was also the President of the Bankers Association of the Philippines (BAP) and the Chairman of the Asian Bankers Association (ABA). He served as President and CEO of Rizal Commercial Banking Corp. (RCBC, PSE: RCB), Sun Life Financial Philippines. (PSE: SLF), Philippine National Bank (PSE: PNB), and United Coconut Planters Bank (UCPB).

Tan officially assumed the position on July 19, 2019. He now carries on the task of continuing to steer House of Investment Inc. forward, honoring the legacy of the company’s outgoing President Medel T. Nera.

The positive impact of Nera’s work with the company is admired and valued by its people. Under Nera’s leadership, HI grew its operations, strengthening and diversifying the company’s portfolio.

With Tan at its helm, House of Investments is taking confident strides as the decade turns, reaffirming its position as an industry leader.