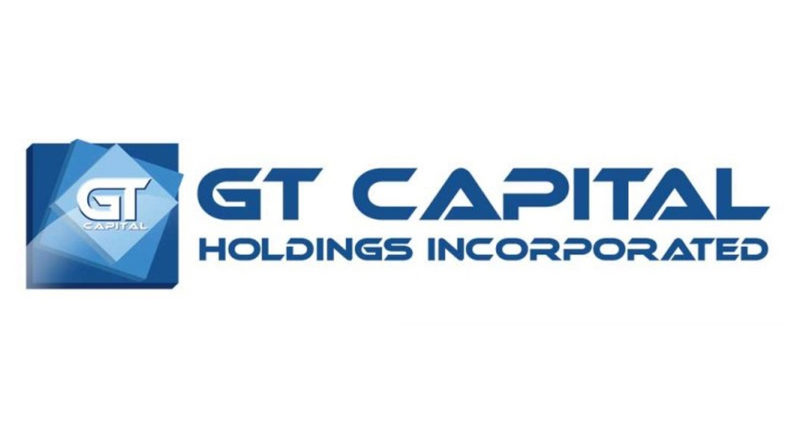 GT Capital Holdings, Inc. (PSE: GTCAP) disclosed today that it attained a core net income of PhP3.2billion in the first half of 2020, from PhP7.1 billion during the same period last year.The conglomerate’s consolidated net income reached PhP2.74 billion from PhP7.17 billion in January to June of 2019. This was driven by Metropolitan Bank & Trust Company (Metrobank), whose net income amounted to PhP9.1 billion, as well as Toyota Motor Philippines (TMP), which booked a net income of approximately PhP1.0 billion. GT Capital’s consolidated revenues reached PhP52.6 billion during the period from PhP100.7 billion in 2019. Despite declines in automotive operations, equity in net income of associates and joint ventures, and real estate sales, GT Capital’s net income was supported by higher contributions from AXA Philippines and Sumisho Motor Finance Corporation (Sumisho) in the first half of 2020.

“We continue to closely monitor the development of the COVID-19 pandemic withconcern. During this period of uncertainty, GT Capital continues to practice fiscal discipline, resulting in a strong and stable balance sheet, adequate liquidity, and access to credit facilities, in case of need. We are taking all the precautions for our employees’ health and safety as we continue to deliver products and services to customers. Our Group’s solid core businesses make us well-positioned to ride out the impact of this pandemic,” GT Capital President Carmelo Maria Luza Bautista said.

Metrobank generated PhP9.1 billion in net income for the first half of the year, as the Bank increased loan provisions for potential risks to PhP22.8 billion. This 30% decline from last year’s PhP13.0 billion income is a result of proactive measures to secure the bank from further economic slowdown that may result from the continuing COVID-19 pandemic. The Bank’s core business remained strong as pre-provision operating profit grew by 61%. This was supported by the 41-basis-point improvement in net interest margin to 4.24% as well as the 55% growth in non-interest income, which in turn is mainly due to the hefty PhP13.1 billion trading and FX gains. However, net loans and receivables declined by 5%, reflective of the slowdown in business activities.

Meanwhile, the deposit base grew 5% to PhP1.7 trillion, largely driven by the 20% increment in low-cost deposits, improving the CASA ratio to 69%. With strong topline and muted operating cost growth of 7%, the cost-to-income ratio further improved to 45% from 56% previously. Even as its non-performing loans (NPL) ratio was steady at 1.56%, the Bank took the conservative route by increasing provisions to PhP22.8 billion, or 5x over the PhP4.6 billion booked in the first half of last year. As a result, the NPL cover rose to 188%, which underscores the strategy of beefing up reserves early in anticipation of future risks. Metrobank remains one of the largest banks in the country with PhP2.3 trillion in consolidated assets. Total equity amounted to PhP323 billion at the end of June, sustaining strong capital ratios with Total CAR of 19.98% and Common Equity Tier 1 (CET1) ratio of 18.66%, both well-above the regulatory requirements.

TMP booked consolidated revenues of PhP37.5 billion in the first half of 2020, from PhP76.1 billion in the previous year. TMP’s consolidated net income reached PhP1.034 billion during the period, from PhP4.427 billion in the first six months of 2019. Toyota achieved retail vehicle sales of 35,648 units in January to June 2020, from 73,454 units in the same period last year. Toyota dealerships nationwide gradually reopened beginning May, with all 71 outlets resuming operations by June, after temporarily closing down in March due to the Enhanced Community Quarantine (ECQ) resulting from the COVID-19 pandemic. From a low of 36 units sold in April, when all dealers were closed, TMP attained a sales volume of 7,485 units in June, as all branches reopened. Notwithstanding the challenges brought about by the ECQ, Toyota continued its dominance as the country’s number one automotive brand with a 38.5% overall market share in the first half of 2020.

“As the government takes steps to reopen the economy, the automotive sector is showing signs of a gradual recovery. Toyota dealerships across the country reopened in full last June with a wide suite of health protocols to assure customers of a safe environment to visit. Digital initiatives were rolled out to provide platforms for car buyers to engage with dealers. Pent-up demand drove new vehicle sales in May, but in June, new reservations increased indicating an encouraging return of buyers to the market. Smaller, more affordable vehicles were popular among those seeking alternative transport solutions. This underscores the essential nature of the auto and mobility sector in the drive to rebuild the economy. To help facilitate purchases, Toyota Financial Services (TFS) rolled out special and new financing packages such as the Kinto One Leasing and Connected Auto Loan Device programs. As the economy continues to reopen, we are fairly optimistic about the prospects for the rest of the year, driven hopefully by a rise in consumer confidence,” GT Capital Auto Dealership Holdings (GTCAD) Chairman Vince S. Socco said.

Metro Pacific Investments Corporation (Metro Pacific) reported consolidated Core Net Income of PhP5.3 billion in the first half of 2020, down 38% from PhP8.7 billion in the first half of 2019, owing largely to the economic contraction stemming from the Philippine Government’s quarantines to contain the spread of COVID-19. The quarantine reduced toll road traffic, mandated the suspension of rail services, and decreased commercial and industrial demand for water and power resulting in a decrease in contribution from operations of 31%. Power accounted for PhP5.2 billion or 68% of net operating income; Water contributed PhP1.8 billion or 23%, and Toll Roads contributed PhP0.9 billion or 12%. MPIC’s other businesses, mainly Hospitals, Rail, and Logistics incurred a loss of PhP236 million.

In July, GT Capital disclosed that it will invest, through GTCAD, in a used car inspection and warranty business with Premium Group of Japan, to be established through GT Mobility Ventures, Inc. (GTMV), a joint venture with Mitsui & Co., Ltd. of Japan and GTCAD as shareholders. GT Capital’s effective ownership stake in the venture will be 47%.

The GT Capital Group of Companies continues to stand with all Filipinos facing the challenges brought about by the COVID-19 pandemic. Throughout the ECQ from 16 March to 01 June 2020, the Group supported its nearly 26,000 employees, while additional compensation and other valuable support have been extended to frontliners. All these amounted to approximately PhP1.0 billion. Assistance was also provided to affected customers through grace periods for monthly amortizations, ease collections, and insurance premium payments, among other initiatives.

As of 15 July 2020, the GT Capital Group of Companies has donated PhP217.2 million toward initiatives that directly support the fight against COVID-19, surpassing its original commitment. These are managed by the Metrobank Foundation and the GT Foundation, including PhP25.4 million worth of personal protective equipment (PPE) to 21 hospitals, PhP61.0 million for seven molecular testing laboratories in partnership with Philippine Red Cross, the T3 consortium, and the Department of Health, PhP100.0 million in food donations for marginalized families through the Philippine Disaster Relief Foundation (PDRF), and PhP15.0 million in antibody rapid test kits from Project ARK of the Office of the Presidential Adviser for Entrepreneurship and the University of the Philippines developed RT-PCR Test Kits in partnership with Manila HealthTek, Inc..