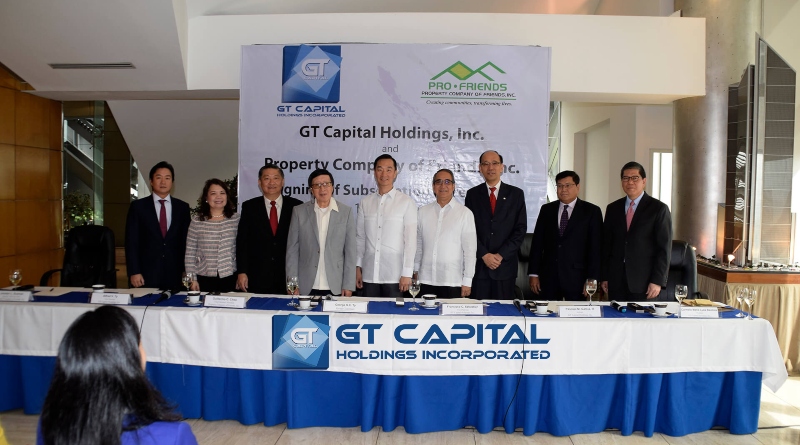 GT Capital Holdings, Inc. (PSE: GTCAP) disclosed today its appointment of Mr. Vicente Saniel Socco as Chairman of
GT Capital Auto Dealership Holdings, Inc. (GTCAD). GTCAD is a wholly-owned subsidiary of GT Capital and is the automotive dealership holding vehicle for the Group. He brings close to forty years of expertise in the automotive sector. Mr. Socco was appointed general affairs manager of Toyota’s Manila liaison office before being assigned in 1988 to Toyota Motor Philippines Corporation (TMP), where he rose through the ranks to become senior vice
president (SVP) for marketing. In 2007, Mr. Socco was appointed SVP at Lexus Asia, concurrent with his role as an executive for country operations at Toyota Motor Asia Pacific (TMAP) in Singapore, the automaker’s regional office. Then, in 2014, he became TMAP’s general manager, reporting to Toyota’s global headquarters in Japan. He then returned to Singapore at his TMAP post in 2017 until his retirement in July 2019.