Transactions in foreign portfolio investments for the year 2010 yielded a net inflow of $4.6 billion, almost 12 times the $388 million net inflow for 2009, the highest recorded for the past seven years and surpassing the previous record of  $3.5 billion in 2007.

The $4.5 billion balance of registered investments were in Peso GS – $4 billion, and Peso time deposits and money market instruments – $503 million.

Registration of foreign investments with the Bangko Sentral ng Pilipinas (BSP) is voluntary. It entitles the non-resident investor or his representative to buy foreign exchange from authorized agent banks and/or their subsidiary/affiliate foreign exchange corporations for repatriation of capital and remittance of related earnings.

Outflows amounted to $8.4 billion, and were mostly withdrawals from interim Peso deposits (93.3% of total).

The bullish stock market performance in 2010 resulted from positive investor sentiment with the assumption of a new administration and strong macroeconomic fundamentals on the domestic front, inspiring greater confidence in the country vis-à-vis sovereign debt concerns in the euro zone, the benign economic outlook for the United States and China, and the effects of the geopolitical risks within the Korean peninsula. 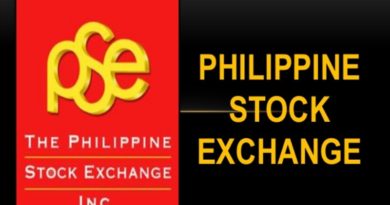 Profit-taking Pulls Down PH Shares by 1.22%