In particular, non-residents’ net placements in debt instruments issued by their local affiliates increased by 7.3 percent to $687 million, accounting for about 67 percent of the FDI in January 2014.  This was due to the continued lending of parent companies abroad to their local affiliates to fund existing operations and the expansion of their businesses in the country, an indication of sustained confidence in the country’s strong macroeconomic fundamentals.

In addition, net equity capital inflows likewise rose by 10.5 percent to $278 million in January 2014 from $252 million posted during the same period last year.  In particular, gross placements of equity capital of $361 million more than offset withdrawals of $83 million recorded during the month.  The bulk of gross equity capital placements—which originated mainly from Hong Kong, the United States, Japan, Singapore and the United Kingdom—were channeled mainly to financial and insurance; wholesale and retail trade; real estate; manufacturing and information and communication activities. Meanwhile, reinvestment of earnings reached $62 million in January 2014. 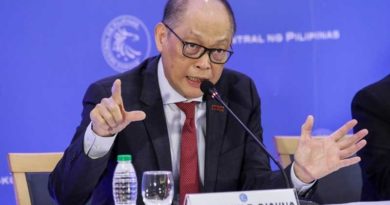 BSP and IFC to Strengthen Corporate, Environmental and Social Governance in the Banking Sector