Taguig City—(PHStocks)—Gotianun-led EastWest, one of the fastest-growing banks in the country, held its first Annual Stockholders’ Meeting on April 19, 2013 at the Crimson Hotel, Alabang since listing at the Philippine Stock Exchange (PSE) last year. In 2012, EastWest was the first bank to list at the PSE since 2006.

Meanwhile, the following were remarks made by EastWest President and CEO Antonio C. Moncupa, Jr. in his presentation and post-meeting dialogue with some shareholders and media.

This year, EastWest expects to increase its Net Income by around 25% on the back of expected increases in core banking related revenues from loans and deposits and fixed income and foreign currency trading. Revenues should increase as the stores put up in the last two years become more productive and from the expanded corporate and consumer lending units. The Bank remains confident on the timing of its expansion program that should benefit from the positive macro-economic environment and the palpable bullish sentiments from investors, businesses, and consumers.

It also expects to sustain its trading revenue levels. In terms of its store network, EastWest is on track to complete its planned 350 stores by early 2014.

EastWest opened its doors to the public on August 1, 1994. The bank is a subsidiary of the Filinvest Development Corporation (FDC), the publicly listed holding company of the Filinvest Group that evolved from a consumer business founded by Andrew L. Gotianun, Sr. I n 1955.

FDC is one of the country’s premier conglomerates, with business interests in real estate, banking, sugar, hospitality and tourism, and power-generation. Through the years, EastWest Bank has successfully capitalized on the financial strength and synergy from the business organizations under the Filinvest Group. As it continues to register strong business performance, EastWest remains committed in making good things happen for its clients. 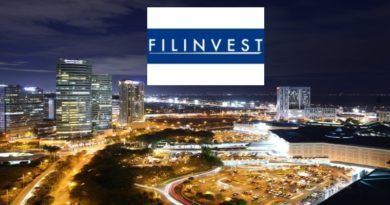