Manila—(PHStocks)—Philippine Statistics Authority (PSA)—The total quantity of domestic trade transactions via water and air decreased by 18.2 percent, from 4.12 million tons to 3.37 million tons during the third quarter of 2015.  About 99.7 percent were traded through water. 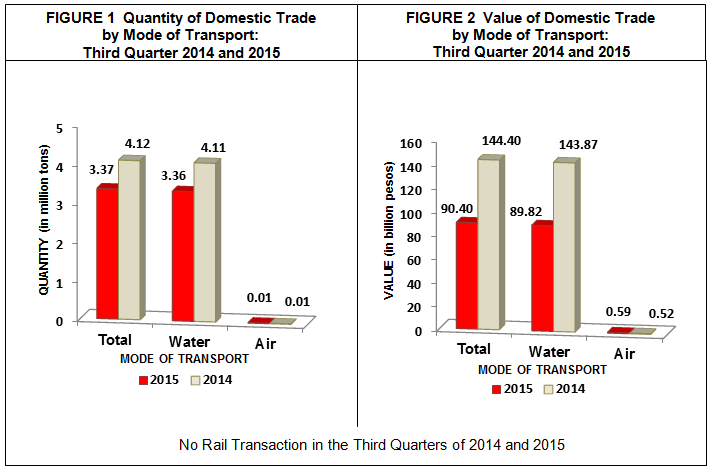 In the third quarter of 2015, food and live animals amounting to PhP23.418 billion accounted for the biggest share in value of total domestic trade. This was followed by machinery and transport equipment with PhP20.541 billion (22.7%) and mineral fuels, lubricants and related materials with PhP15.286 billion (16.9%). 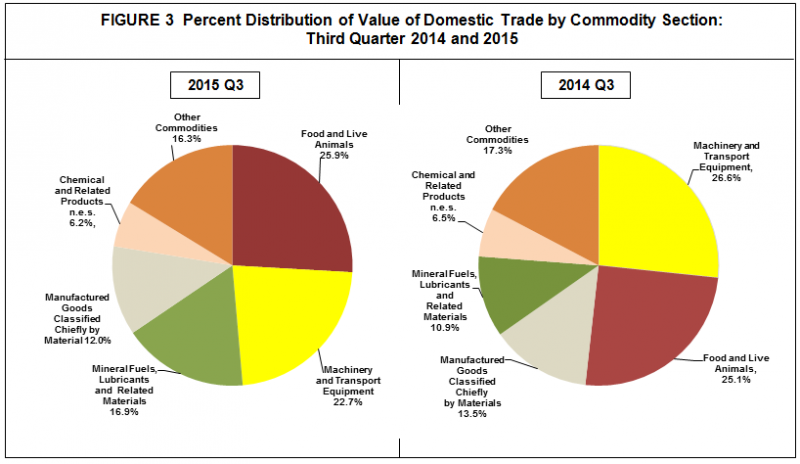 Central Visayas tops in the value of domestic trade 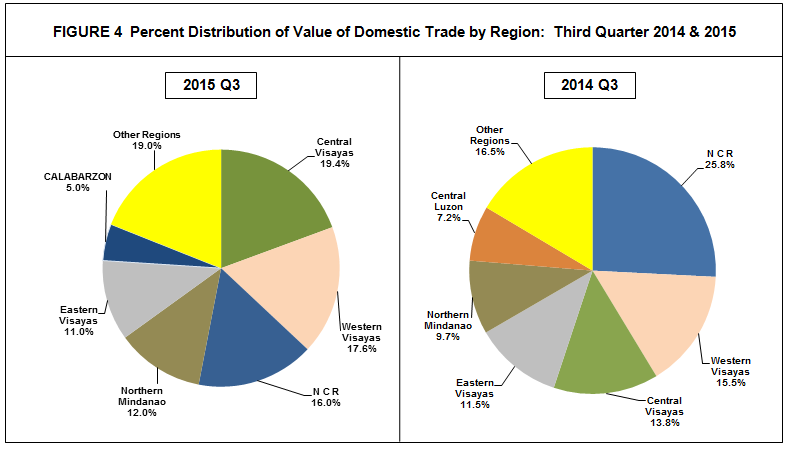 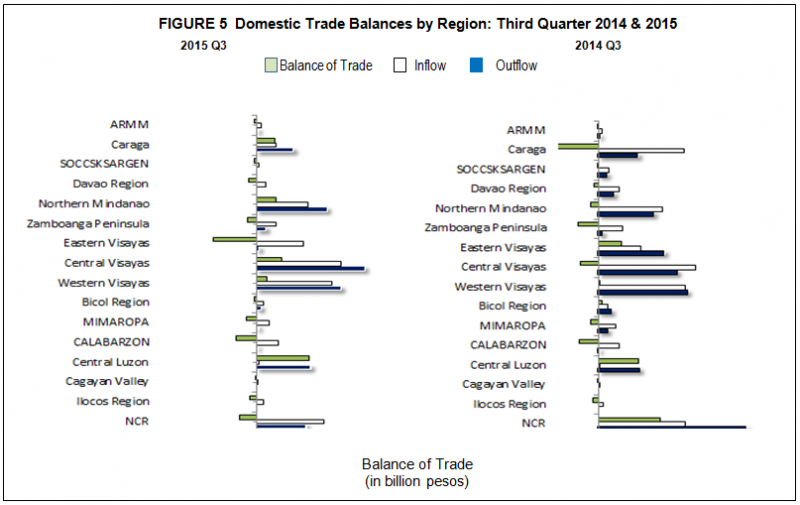 TABLE 1 Quantity and Value of Domestic Trade by Mode of Transport and Commodity Section: 3rd Quarter 2014 and 2015

TABLE 2 Quantity and Value of Domestic Trade by Region and by Mode of Transport: 3rd Quarter 2014 and 2015

TABLE 3 Total Value of Domestic Trade Balances in the Philippines by Mode of Transport and Region: 3rd Quarter 2014 and 2015

PH Inflation Eased to 2.8% in June