Quezon City—(PHStocks)—D&L Industries’ (PSE: DNL) recurring net income reached PhP1.93 billion, or earnings per share of PhP0.27, for the nine-month period ended September 30, 2016. This is 16% higher than last year. Earnings before interest and taxes were higher by 18% at PhP2.44 billion. Including the onetime costs on taxes and filings related to the increase in the authorized capitalization in June 2015, net income grew by 19%.

Year-to-date revenues were up 10% on the back of a broad-based increase in sales volume and higher prices of palm oil and coconut oil in the third quarter. High margin specialties accounted for 61% of revenues, bringing the overall gross profit margin to 18.7% from 17.8%. The company generated a return on equity of 19.4% and a return on invested capital of 20.0%.

The second quarter of 2016 was particularly strong, owing to the election spending and timing of the Easter holiday. Going into the second half of the year, all businesses are operating on solid ground and contributing to earnings growth. Enabled by investments in R&D, which since 2012 has increased 43%, the Company continues to focus on key opportunity areas in specialties in food ingredients, chemicals, plastics, and aerosols.

Inventories have come down from June levels and with the improvement in working capital, the company generated PhP787 million and PhP160 million in positive free cash in the third quarter and nine-month period, respectively. This was a reversal from the negative PhP627 million free cash in the first half of the year.

The company continues to pay down debt, resulting in lower borrowings in the third quarter. Meanwhile, a total of PhP1.43 billion was returned to shareholders in dividends during the period, bringing the total dividend payout to PhP3.22 billion since listing in 2012. Overall, net debt as of end September 30, 2016 was PhP2.45 billion, with net gearing at a modest 18% and interest cover comfortably at 30x.

Year-to-date specialties volume grew by double-digits. This included a higher volume base for specialty ingredients in the third quarter of 2015 due to customers’ limited time offerings, as well as a seasonal bump in the second quarter of 2016. Commodities meanwhile, have started to stabilize. Overall, revenues were higher by 11%, partially benefiting from the increase in vegetable oil prices. Net income rose by 12%.

Marking the latest step in its regional expansion strategy is the announcement on September 30 of its distribution agreement with Bunge. The move gives the company an edge on the rapidly growing premium oils segment in the Philippines and in the region.

With the growing disposable income and increasing consumer demand for new tastes and flavors, Oleo-Fats is positioning itself to become the chosen food ingredients partner for companies like Ventura Foods and Bunge in the Asia-Pacific.

Oleochemicals and other specialty chemicals

Oleochemicals nine-month volume increased moderately from last year, even with the exceptionally strong comparative period for biodiesel. Within oleochemicals, the mix is shifting towards oleochemical specialties, whose end markets are faster growing, higher margin, and less volatile.

Ongoing efforts to strengthen commercial and operational execution improved the performance of other specialty chemicals. After quarters of weakness, the segment continues to strengthen sequentially and is expected to resume to positive volume growth in the near future.

Higher coconut oil prices contributed to revenues increasing by 7% in the nine-month period. Overall margins are still higher year-on-year, with biodiesel margins beginning to normalize, as expected. Net income was up 15%.

In line with the expected recovery this year, good growth momentum was sustained in the third quarter. Wire harness-related exports posted strong results as port congestion-affected businesses are almost entirely back. Local sales to the F&B and appliance markets also boosted earnings. Year-to-date, volume was up double-digits and revenues 9% higher than last year. Gains in margins were also across the board, growing net income by 25%.

Moving in step with changing customer values, the Company intends to broaden its portfolio of colorant, additives and related technologies. Further, it aims to extend its reach into strategic end markets such as consumer and durable goods to create a second engine of growth that will complement the core wire harness business.

Aero-pack’s growth accelerated in the third quarter, led by margin gains and solid volume growth. Moving into the seasonally strong second half, personal care such as body sprays were off to a tremendous start, posting an all-time high sales volume in July. In addition, the Company delivered good results in home care and a mix-driven growth in maintenance chemicals and others. Net income was substantially higher, growing by 42% year-on-year, Revenues were higher by 19%. 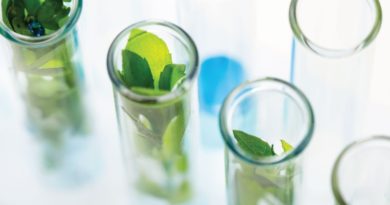