The global semiconductor industry is forecast to grow between 3-5% in 2016. By end application, automotive and wireless communications are projected to grow stronger than the total market, whereas consumer and computer are assumed to register slower growth.

The global millimeter wave technology revenue market is expected to grow at a CAGR of 45%, with a total addressable market of US$12 Billion by 2020. The dramatic surge in wireless data traffic and need for wider network coverage will require operators to make significant investments in the backhaul space.

“Consistent with our strategy to leverage off our in-house technology capabilities, we will be setting up a new subsidiary that will provide both connectivity and content,” Liu said.

The new business of TECH will be engaged in the following activities:

“Through disciplined execution, TECH has placed itself in a strong position to take advantage of major market and technology trends and to further expand our business segments,” Liu said 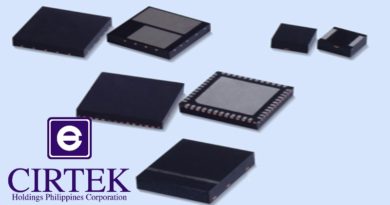 PH Stocks On the Rise