In line with its Century 2020 blueprint, Century is proceeding with its diversification into affordable housing to tap the first homebuyer market in high growth areas in the peripheries of Metro Manila. As its initial foray, the company has secured a 26-hectare property in Tanza, Cavite to develop around 4,000 homes.

Last year, the company identified affordable housing as one of the two allied real estate segments together with tourism for its business expansion. The move seeks to address the strong demand in the affordable segment, which, per statistics, has a significant share in the housing backlog of 5.56 million for 2016.

“We are currently pursuing more fervently new projects in the first homebuyer market. We will proceed with the same amount of prudence, opportunism, and progressive mentality that we have always employed. We will deliver projects that are expected to offer reliable returns in reasonable payback periods. These and a few other initiatives will steer the company towards long-term growth and profitability, which can ride the peaks and troughs of real estate cycles,” Antonio said.

“In our 30-year history, we pride ourselves for our contributions to Manila’s landscape, having built high-quality iconic projects that cater to the luxury, middle income, and affordable market segments. We thank Mitsubishi Corporation for its continued confidence in CPG’s ability to deliver the best value to the market,” he added.

“I know that with the economic growth, people in middle income class of the Philippines a re drastically expanding. On the other hand, I also heard that housing supply for this rising middle class does not catch up with the big demand and this is one of the biggest social problems in the Philippines. We, Mitsubishi, wish not only to catch this big business opportunity but also to contribute to improvement of living environment in the Philippines together with Century Properties,” he added.

Century’s focus on sales volume growth over the years resulted to a significant gain in market share. According to Colliers International, the company sells the quickest, and has recorded one of the highest percentages of units sold among real estate developers in the Philippines from 2011 to the second quarter of 2015. It also registered the second lowest unsold inventory relative to its peers. As of June, the company had sold 93% of its inventory in terms of number of units as of June 2016.

As it celebrates its 30th year, Antonio stressed the important values that have propelled the company forward.

“Of importance is the discipline of employing prudence in every decision made. We have developed the ability to pursue opportunities even through different economic cycles. We are able to make strategic investments that have long-term pay-offs and are now reaping the upside benefits. We have also become a progressive company, able to seize market opportunities and respond to market demands. We keep our ears close to the ground and stay connected to customer needs – a powerful filter through which to make investment decisions, and which we believe will serve us well as we embark on this new project,” he said. 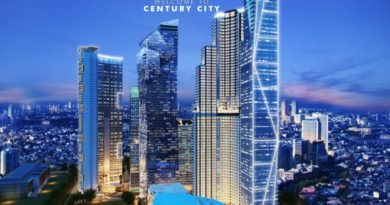