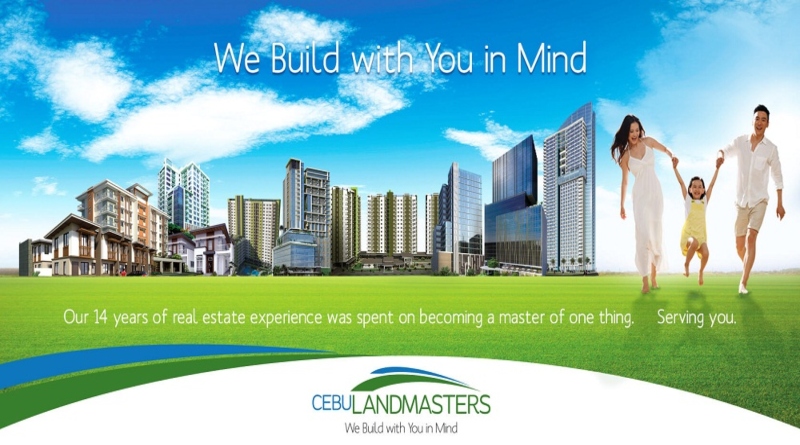 Growth in revenues was primarily driven by its mid-market residential segment, representing 35%. This was followed by the premier projects which accounted for 33% while the economic housing Casa Mira segment contributed 29%.

Parent net income reached PhP855 million in the first half, a 13% increase from PhP759 million in the same period last year. This translates to earning per share of PhP0.51 for the period.

CLI said the highest revenue growth was posted by its high-end market projects, primarily the New Yorkinspired 38 Park Avenue development within the Cebu I.T Park in Cebu City. With 38 residential floors, all 756 units of 38 Park Avenue have been laid out to allow the best panoramic views of the Queen City of the South.

In terms of location, projects in Cebu—where the company maintains a strong presence—represent 61% of the total revenues, followed by developments in Bacolod and Dumaguete which contribute 16% and 9%, respectively. CLI attributed this strong performance to its industry-recognized, on-time construction methods that facilitate the timely turnover of units.

Projects in expansion areas also drove growth in reservation sales. CLI said more projects are set to be launched in new expansion cities including the rollout of its fastest selling brand Casa Mira in Iloilo, Dumaguete, Bacolod and Bohol in the second half of the year. The company expects these new projects to enable CLI to achieve its 2019 target of PhP12.5 billion in reservations sales.

Another growth segment in Cebu Landmasters’ portfolio is leasing which reported a 16% hike in revenues to PhP27.7 million from PhP23.87 million in the same period a year ago. The company attributed this improved revenue  performance to increases in gross leasable area (GLA) after the recent turnover of retail areas in Casa Mira Towers Labangon and Base Line Center developments in Cebu.

To further grow its income from recurring business, Cebu Landmasters plans to expand its hotel portfolio to over 1,100 rooms by 2023 through a strategic alliance with serviced residence owneroperator The Ascott Limited. CLI’s first property with the Ascott Limited, Citadines Cebu City, will be opening in September of this year.

CLI also partnered with Radisson Hotel Group for the first Radisson Red in the Philippines which will be located at the Astra Centre in Mandaue City.

“Cebu Landmasters has rapidly expanded in its current areas. It is also preparing to launch projects in new VisMin cities in the second half of 2019. Our first township, DGT in Davao, is already underway and we have recently disclosed our partnership with Xavier University-Ateneo de Cagayan for a 63.5-hectare University township. We foresee that the volume and diversity of developments, backed by our growing pipeline, will empower us to consistently hit our targets,” says Cebu Landmasters president and CEO Jose Soberano III.

The company’s balance sheet continues to be solidly positioned to support the growth plans of the company. CLI reported PhP29.309 billion in assets as of June 2019, a 15% growth from PhP25.427 billion in the previous year.

This growth in assets, said the company, is driven by the higher volume in receivables as more units are completed and prepared for take-out. This will enable the company to generate cash for reinvestment for future developments, said Soberano.

Strong sales posted in the last quarter of 2018 and during the first quarter of 2019 will qualify more units for revenue recognition. Unrecognized revenues totaled PhP12.9 billion, as of June 30 this year.

The listed company continues to expand its landbank to support its expansion plans. To date, CLI has a total of 1,131,771 sqm of land in 10 key VisMin cities. Part of its recent acquisitions is an existing resort in Mactan, Cebu with 18,000 sqm of land area. The said resort will be re-developed and integrate a residential component. The company also purchased a 9.4-hectare property in Ormoc to be developed into a residential project in 2020.