Manila—(PHStocks)—Bangko Sentral ng Pilipinas (BSP)—The Monetary Board has approved the Liquidity Coverage Ratio (LCR) framework aimed at strengthening the liquidity position of universal and commercial banks (U/KBs). This is part of the Basel 3 reform package issued by the Basel Committee on Banking Supervision (BCBS).

Under the new rule, U/KBs, including foreign bank branches, shall hold sufficient High Quality Liquid Assets (HQLAs) that can be easily converted into cash to service liquidity requirements over a 30-day stress period.  This provides banks with a minimum liquidity buffer to be able to take corrective action to address a liquidity stress event.

The LCR is one of the components of the new liquidity standard under Basel 3.  The other is the Net Stable Funding Ratio (NSFR) which looks at the liquidity requirements of banks over a longer period of one year. This is being finalized and the BSP said that the exposure draft may be issued within the year.

The LCR should be seen as complementing the minimum Capital Adequacy rules.  While the latter safeguards the industry over solvency risks, the LCR imposes a minimum standard to protect banks against liquidity risks which may happen even if a bank is still solvent.

The approval of the Monetary Board provides for an observation period from 01 July this year to end-2017, during which banks will start reporting their LCR to the Bangko Sentral ng Pilipinas (BSP). The observation period provides the banks with adequate transition to the new prudential standard.

Beginning 1 January 2018, the LCR threshold that banks will be required to meet will be 90 percent which will then be increased to 100 percent beginning 01 January 2019. Based on industry simulations, BSP believes that U/KBs will readily comply with the new standard.

The LCR promotes discipline in mitigating liquidity risks.  This is consistent with the broad efforts to boost Financial Stability, which is a key policy objective of the BSP. 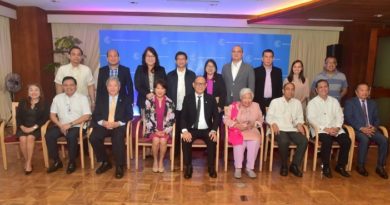