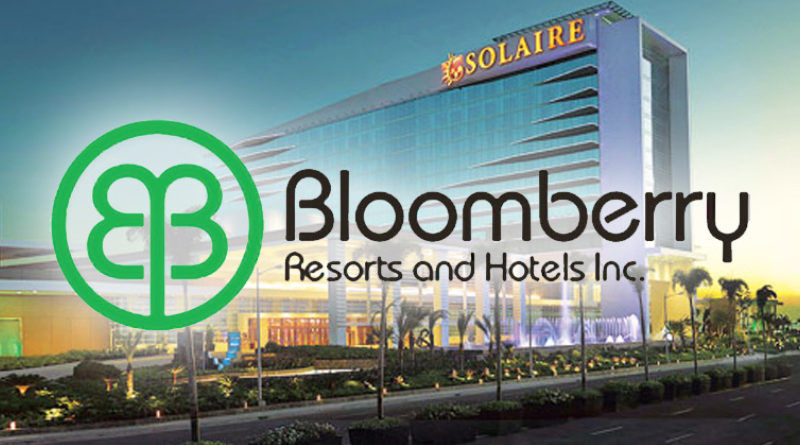 Enrique K. Razon Jr., Bloomberry chairman and CEO, says, “Bloomberry is not exempt from the seismic impact of the COVID-19 pandemic on global tourism and the gaming entertainment industry. During this difficult time, our top priorities are to weather the impact of this virus and to maintain the health and safety of our team members and guests.”

“While we are uncertain of the pace of business recovery, we will push forward with our key capital project, Solaire North, as we believe that its opening will coincide with a meaningful upcycle that is typical after a period of economic weakness. We look to emerge from this crisis as a much stronger company.”

Gaming operations at Solaire have been suspended since March 16, 2020 in accordance with PAGCOR’s directive given to IR operators to align with the government’s community quarantine initiative. The relevant authorities have allowed limited dry run gaming operations at the property while under GCQ from June 15, 2020. Such dry run operations, which involve only in-house and select invited guests, are a means for Solaire to fine-tune its services in accordance with new normal health and safety protocols. Solaire is currently not open to the public.

Jeju Sun had nil gaming revenue for the quarter as gaming operations at the property have been suspended since March 21, 2020. In the first half, total gaming revenue at Jeju Sun was PhP93.1 million, representing a decline of 76% year-over-year.

During the quarter, the company operated —with limited capacity— certain parts of the hotel, F&B, and retail businesses to cater to remaining long-stay hotel guests and select invitees.

At Solaire, non-gaming revenue for the second quarter was PhP610.6 million, representing a decrease of 69% from the same quarter last year. Hotel occupancy in the second quarter was 14.5%, compared to 67.3% in the previous quarter and 89.4% in the same quarter last year. Non-gaming revenue at Solaire in the first six months was PhP2.3 billion, representing a decline of 41% year-over-year.

Balance Sheet and Other Items

As of June 30, 2020, Bloomberry had a consolidated cash and cash equivalents balance of PhP31.2 billion. The Company’s strong cash position will allow it to weather through the challenging environment brought about by the pandemic. Total outstanding long-term debt was PhP68.1 billion, which represents the current and noncurrent portions of the PhP73.5 billion Syndicated Loan. Total equity attributable to equity holders of the parent company was PhP37.4 billion.

As of June 30, 2020, Bloomberry had PhP2.5 billion in net receivables, 20% lower than at the beginning of the year due to significantly reduced credit issuances. Receivables over 90 days increased by PhP196.9 million from the end of the previous quarter to PhP782.0 million. The Company made PhP207.8 million of additional provisions for bad debt in the second quarter, representing 6% of gross receivables.

Bloomberry’s PhP40 billion Loan Facility reserved for the development of Solaire North has not been drawn as of June 30, 2020.