Makati—(PHStocks)—BDO Unibank Inc. (PSE: BDO) and Japan’s Seven Bank Ltd have sealed on Wednesday a business pact that will capitalize on their strengths in retail business.

The said service complements BDO’s own remittance facility done through its remittance brand, BDO Remit. With BDO Kabayan Savings, OFW beneficiaries can effortlessly receive and withdraw money sent from abroad. There’s also the Cash Pick-up Anywhere where beneficiaries can claim money at more than 8,000 locations nationwide including from the over 1,100 BDO branches; BDO Remit counters inside SM malls; rural banks and pawnshop partners.

One of the challenges encountered by Filipino workers in Japan is not being able to visit banks and remittance centers during daytime because of their work schedule. But with the new alliance with Seven Bank, Filipinos can start to send money to their loved ones back home through a mobile app anytime, anywhere.

While BDO’s remittance network began its presence in Japan by establishing a BDO Remit office in Shinjuku in May 2016, the alliance with Seven Bank will enable BDO to reach customers beyond Shinjuku/Tokyo area and various prefectures of Japan.

Once Seven Bank’s ‘International Money Transfer App’ is launched, customers will be able to conveniently and easily remit funds to BDO accounts 24/7 just by using their mobile phones. The partnership will indeed allow for more time-friendly and less effort means of sending money, leaving no worries for our kababayans in Japan.

Japan, the world’s third largest economy, is among the leading originations of OFW remittances. Records show that as of 2016, OFWs in Japan totaled 243,662.

For its part, Seven Bank said in a statement, “Seven Bank and BDO, which both share the same service philosophy of providing customer convenience, will continue to discuss and explore ways to come up with improved financial services for both Filipino customers in Japan and the Philippines.”

Seven Bank is a one-of-kind Japanese bank specializing in ATM services that was created in 2001 in response to requests from Seven-Eleven customers for in-store ATMs. Since it began operations in 2001, Seven Bank has kept a consistent focus on its customer viewpoint in offering ATM services that can be accessed “anytime, anywhere, by anyone, and with safety and security” and in creating new services that build on those ATM services. Seven Bank proactively partners with various financial and non-bank institutions so customers can use whatever cards they hold at their ATMs. To date, they have around 600 partners among financial institutions throughout Japan. 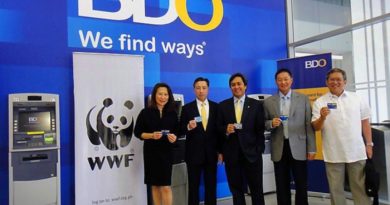