PRS Aaa is the highest credit rating assigned by PhilRatings. Obligations rated PRS Aaa are of the highest quality with minimal credit risk. The obligor’s capacity to meet its financial commitment on the obligation is extremely strong.

Ayala is one of the largest conglomerates in the Philippines. It has a leading presence in diverse industries that include real estate, financial services, telecommunications, water and used water service infrastructure, electronics manufacturing services, automotive dealership and distributorship, business process outsourcing, power generation, transport infrastructure, education, and healthcare. Ayala, in recent years, has taken on an aggressive growth strategy across its businesses to capitalize on a vibrant domestic economy.

The strong growth in Ayala’s real estate and telecommunications businesses and a gain from the partial sale of its ownership stake in North Luzon Renewable Energy Corp. (NLREC), contributed to the solid performance of Ayala in 2015. Unaudited consolidated revenues amounted to PhP207.7 billion, higher by +13% from the PhP184.3 billion recorded in 2014. Net income attributable to equity holders of parent grew by 20% to PhP22.3 billion, beating the company’s net income target of PhP20 billion a year ahead of schedule.

Unaudited consolidated cash and cash equivalents as of end-2015 went down by 9% to PhP82.2 billion, from PhP90.8 billion a year ago. The decline was due to an increase in inventories, combined with a significant addition to short-term investments. Cash reserves, however, were still sufficient to support current debt at 1.6x. In addition to its internal cash generation, Ayala’s healthy balance sheet gives the company sufficient room to raise funding when necessary. Ayala is scheduled to release its audited 2015 full-year results in March 2016.

PhilRatings has likewise assigned a Rating Outlook of Stable to Ayala’s credit rating. An Outlook is an indication as to the possible direction of any rating change within a one year period, and serves as a further refinement to the assigned credit rating for the guidance of investors, regulators, and the general public. A Stable Outlook is defined as: “The rating is likely to be maintained or to remain unchanged in the next 12 months.”

Ayala’s solid operating and financial performance in 2015, its market dominance and proven track record, as well as the upside provided by its new businesses and planned projects, all contributed to the assignment of a Stable Outlook by PhilRatings. 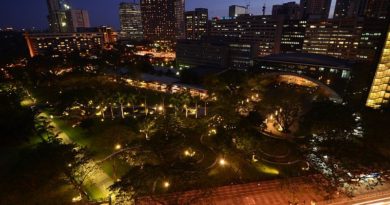