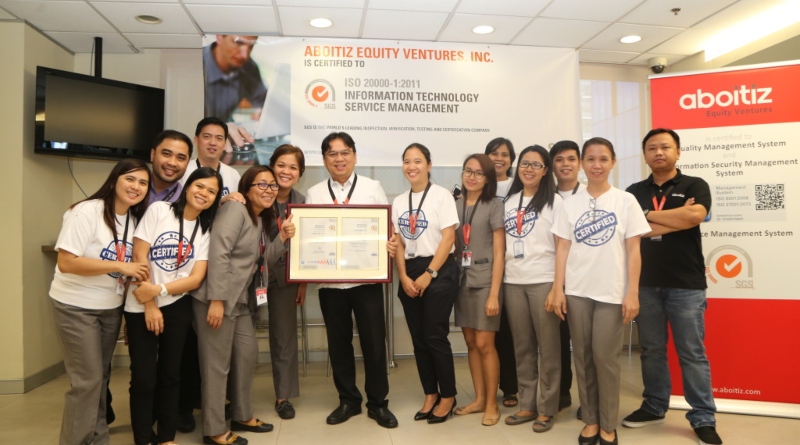 Aboitiz Equity Ventures Inc. (PSE: AEV) recorded consolidated net income of PhP5.4 billion for the second quarter of 2019, a 3% increase from the PhP5.3 billion reported in the same period last year. The Company recognized non-recurring gains of PhP412 million during the period, primarily due to unrealized foreign exchange gains on the revaluation of dollar- denominated net liabilities, versus the PhP42 million in net foreign exchange losses in the corresponding period in 2018. Without these one-off gains, the Company’s core net income was PhP5.0 billion, a 6% decline year-on-year (YoY). For the relevant period, AEV recorded consolidated earnings before interest, tax, depreciation and amortization (EBITDA) of PhP14.1 billion, which was flat YoY.

Aboitiz Power Corporation’s (AboitizPower) net income contribution to AEV for the first half of 2019 decreased by 5% YoY, from PhP7.0 billion to PhP6.7 billion.

Income contributions from the generation and retail electricity supply businesses accounted for 82% of total income contributions from AboitizPower’s business segments, which totaled PhP8.1 billion during the first six months of 2019, 5% lower YoY. Consolidated EBITDA recorded for the period was PhP17.8 billion, a 12% decrease YoY, which was primarily due to the higher volume of purchased power during the first six months of 2019 combined with high spot market prices during the period. Aboitiz Power had purchased replacement power as a result of outages and contracting ahead in preparation for incoming capacity.

AboitizPower also recorded lower capacity sold for the first half of 2019, from 3,213 megawatts (MW) to 3,035 MW YoY, due to Therma Mobile, Inc.’s bunker C-fired diesel power plants being put on preservation mode in the first quarter of 2019.

AboitizPower’s distribution business recorded an income share of PhP1.8 billion during the first half of 2019, a 12% decrease YoY, and accounted for 18% of income contributions from AboitizPower’s business segments. Consolidated EBITDA for the distribution business during the period stood at PhP3.7 billion, a 5% decrease compared to the previous year, which was due to lost margins from the decommissioning of the Bajada power plant. On the other hand, energy sales increased by 5% to 2,842 gigawatt-hours (GWh), compared to 2,719 GWh recorded in the first half of 2018. This was primarily driven by the increase in new customers across all segments.

Union Bank of the Philippines’ (“UnionBank” or the “Bank”) income contribution to AEV for the first half of 2019 increased by 3% to PhP2.4 billion, from PhP2.3 billion recorded in the same period in 2018.

On a stand-alone basis, UnionBank and its subsidiaries recorded a net income of PhP4.8 billion in the first half of 2019, 2% higher compared to the PhP4.7 billion recorded in the same period last year, as the Bank sustained the growth of earning assets despite lower margins and strategic investment in its digital transformation. Higher fee income from consumer businesses and securities trading gains also contributed to the improved bottom line in the first half of 2019.

Pilmico International Pte. Ltd. (Pilmico International), a subsidiary of AEVI, delivered a net income of PhP412 million in the first semester of 2019, fifty-eight times the amount reported in the corresponding period last year. This was primarily due to fresh contributions from Gold Coin Management Holdings (Gold Coin), a newly acquired regional feeds player. AEVI reported a consolidated net income of PhP165 million from the PhP412 million contribution of Pilmico International, which was tempered by the PhP245 million in financing costs related to the acquisition of Gold Coin and PhP3 million in holding company expenses.

For the first half of 2019, 30% of the Food Group’s total earnings were generated offshore, versus 1% recorded in the previous year.

AEV’s non-listed real estate segment, comprising AboitizLand, Inc. (“AboitizLand”) and its subsidiaries, reported a consolidated net income of PhP60 million for the first half of 2019, 79% lower than the PhP283 million recorded in the same period in 2018.

AboitizLand’s revenues for the first half of 2019 totaled PhP1.4 billion, 28% lower YoY. This was primarily attributable to the deferred revenue recognition of industrial lot sales for the industrial business unit, which was offset by revenue contributions from the residential business unit due to significant construction progress primarily in key projects such as Seafront Residences and Amoa.

For the Infrastructure group, Republic Cement & Building Materials, Inc.’s income contribution to AEV for the first half of 2019 amounted to PhP249 million, 473% higher than the PhP44 million reported in the same period last year. This was primarily due to improved control on production costs together with higher market prices and increased private sector demand.

PH Stocks Down on Profit Taking