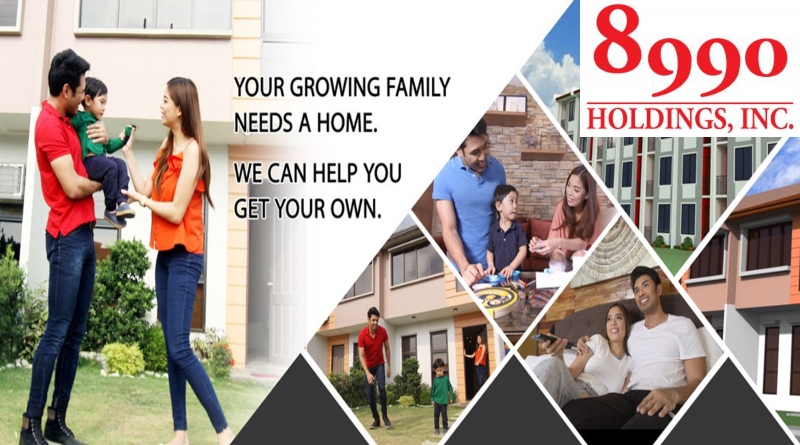 8990 Holdings Inc (PSE: HOUSE), listed on the Philippine Stock Exchange under the symbol “HOUSE” posted an 18 percent year-on-year net income growth from PhP2.39 billion to PhP2.82 billion by the end of the first half of 2019. 8990 Holdings is one of the fastest growing real estate developers in the Philippines. The company’s sustained bottom-line growth is being driven by its flagship project, Urban Deca Homes Manila with total units sold equivalent to around two buildings. Total revenues for the first six months of 2019 increased by 17 percent year on year to PhP7.01 billion from PhP6.0 billion in the same period last year.

The Company’s Performing Accounts Ratio (PAR) remains steady at 94 percent.
According to 8990’s President and CEO Willie J. Uy, “Rising demand for affordable housing in the country has allowed us to sustain our revenue growth in the first half of 2019. We are very confident of meeting our PhP13.5 billion target for the year.”

Sales reservations increased 28 percent year-on-year to 5,785 units from 4,535 units in the first half of 2018. Unrealized sales for the period stands at PhP1.32 billion which the Company expects to recognize towards the end of 2019.

Situated on an 8.4-hectare property, Urban Deca Homes (UDH) Manila is a 13-tower residential complex offering over 13,000 units with an estimated sales value of PhP20 billion. Targeting residents of Tondo and those living in the Port Area, Intramuros, Divisoria and the Camanava area, UDH Manila addresses the housing needs in the most densely-populated area of Metro Manila. This is the largest residential development in Tondo. Twenty months after the launch, more than 5 buildings have been sold.

In July 2019, 8990 Holdings launched its largest Metro Manila project to-date, Urban Deca Homes Ortigas located along Ortigas Avenue Extension. Once completed it will have a total of 19,046 condo units.

The company’s current landbank stands at 712 hectares. Mr. Uy related that “Our landbank will ensure the growth of our company in the next 8 to 10 years and would potentially bring in PhP154 billion. This is still a conservative estimate of our future sales as it does not factor in the future sales of our opportunistic purchase of Monterrazas in Cebu”.